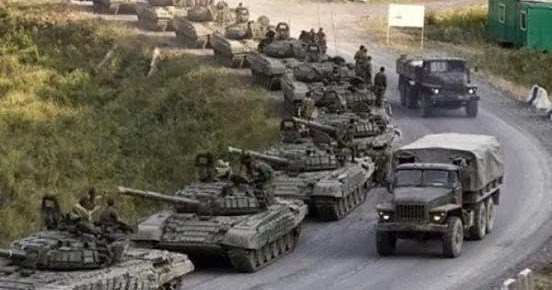 A leading pro-democracy and civil rights body – HUMAN RIGHTS WRITERS ASSOCIATION OF NIGERIA (HURIWA) has tasked the military authority to adhere strictly to the rules of engagement and respect the human rights of civilians even as it embarks on a training programme it code named as operation python dance 3 in the South East of Nigeria.

HURIWA made the observations against the backdrop of the announcement by General Officer Commanding 82 division of the Nigerian Army Major General Emmanuel Boman Kabuk that the Army will soon commence the third phase of the controversial operations python dance in the South East of Nigeria.

Relatedly, the Rights group has challenged president Muhammadu Buhari to embark on a holistic reorganization of the National Defence Council to properly reflect the federal character principle in line with the constitutional provision in section 14 (3) which provides thus: “The composition of the Government of the Federation or any of its agencies and the conduct of its affairs shall be carried out in such a manner as to reflect the federal character of Nigeria and the need to promote national unity, and also to command national loyalty, thereby ensuring that there shall be no predominance of persons from a few states or from a few ethnic or other sectional groups in that Government or in any of its agencies.”

“We do not understand the strategic need of such a wide ranging military exercise in the peaceful South East of Nigeria when the military combat troops are in high demand in the North West state of Zamfara whereby bandits have killed over 3,000 innocent people and in the entire North East which is the epicenter of war on terror whereby so many combat troops have overstayed and therefore are overdue for redeployment which demonstrates the enormity of the military tasks that are still undone in the fight on terror in the North East”.

“The best place for which an extensive milital exercise is necessary and relevant is North East of Nigeria. Be that as it may there are rules of engagement that must complied with. The previous two phases of operation python dance left so much wounds and deaths resulting from excessive use of brute force against civilians.”

HURIWA lamented that the last operation python dance led to the extra-legal killings of dozens of civilians including the disappearance of the director of the Europe registered indigenous people of Biafra Mr. Nnamdi Kanu and his parents who were attacked by armed security forces during the operation python dance 2.

“The Nigerian government headed by president Muhammadu Buhari has still not conducted thorough investigation of the dozens of extra-legal killings that was caused by the military forces during the operation python dance II even with the Kangaroo panel it set up to do a yeoman’s job.”

HURIWA recalled that the Nigerian Armed Forces when deployed for either internal or external operations, are bound by the laws of war and international law in the conduct of the operations but lamented that dozens of civilians were killed but not a single soldier has been prosecuted for these crimes against humanity.

HURIWA stated that it is imperative to let the Army hierarchy realise that laws regulate and limit the conduct of operations by acting as checks against arbitrary use of force.

HURIWA affirmed that the military authority must accept the expert legal opinion to the effect that laws are intended to minimize unnecessary suffering by combatants and non-combatants during war.

HURIWA recalled that the laws of war and international law are therefore sources of military law in Nigeria and include the following: The four Geneva Conventions of 1949; The two Additional Protocols of 1977 to the Geneva Conventions of 1949; Multilateral and bilateral agreements to which Nigeria is a signatory and have bearing on military service or operations; the decisions of: – The International Court of Justice (ICJ) at the Hague; Ad hoc war crimes tribunals set up by or with the backing of the UN Security Council; The International Criminal Court (ICC) at the Hague.”

“HURIWA wishes to let myths military authority to accept It as Inoteworthy that the four Geneva Conventions and the two additional Protocols of 1977 have been formally given effect in Nigeria by the enactment of the Geneva Conventions Act Cap G3 Laws of the Federation of Nigeria 2004. In sum, the Conventions and Protocols which are now an Act of the National Assembly, elaborately spell out the laws of armed conflicts on the use of force and the legal implication of disregarding rules regulating the means and methods of warfare, among other things. Specifically, section 3 of the Act provides for trial and punishment for breach of the Geneva Conventions as follows: In case of grave breach involving willful killing of a person protected by the Convention, sentence of death; In any other such grave breach, imprisonment for 14 years.”