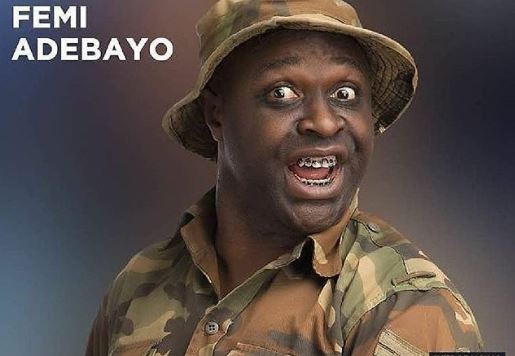 Popular Yoruba actor, Femi Adebayo, is been able to gain strong balance in the buzzing movie industry and he has been doing well both as an actor and producer.

His father has never stopped being proud of him seeing the effort he puts into everything he does which has always come out good.

Just like every other actor, Femi sure has some roles he will not like to take part in and that is playing the nude role as he belief it is against his ethics and belief.

In a recent interview with Trybe Tv monitored by Nollywoodgists, the actor further added that he will prefer to be called an actor rather than identifying him as a a�?Yoruba actor.a��

According to him, a�?I will be preferred to be seen as an actor but I cana��t deny the fact that I feature more in Yoruba movies but that does not mean I cannot speak English. I have featured in some English movies and I am also producing two English movies this year. Stardom has made me a shy person especially when I am out of set. If a role is against my belief, I might turn down such role but as an actor, you should be ready to interpret any role given to you and for me, if I am given nude role, I will reject it because it is against my ethics and culture.a�?

See Pictures from the First day in the #BBnaija House