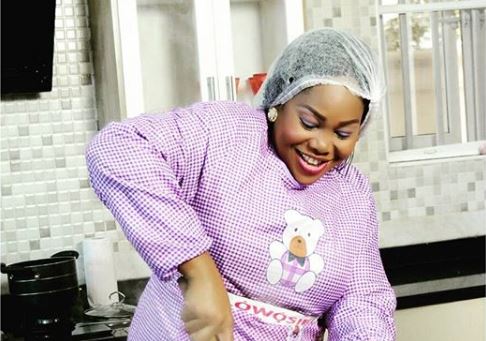 Budding Nollywood actress, Toyin Alausa, is one person who does not subscribe to the idea of putting out her personal life on social media but to those that know, she is never bothered because ita��s her life.

It is no longer news that the actress is a single mother and that has not affected her because she has been able to make her family proud without begging to survive for one day.

She is a regular human and sometimes have her personal challenges but she has been able to pull through no matter how tough things are for her.

In a recent interview with trybestv, the actress briefly opened up about her failed relationship where she disclosed that she endured various forms of abuse in the relationship before making the choice of walking out.

According to her, a�?Well, in my failed relationship, I experienced abuse, battery and I had to walk out of the relationship and till now, I have not seen the worth of the person I was in a relationship with.a�?

On how she was able to manage through the pregnancy months she said, a�?You know in this part of our country a single mothers are always seen as a disappointment and being a single mother my mum tried for me by covering me out from the world till it was over.a�?

Entertainers are not Respected in Corporate World Because they Can’t Read to Understand…Actress, Yvonne Nelson

9 thoughts on “I Endured Various Forms of Abuse in my Relationshipa��Actress, Toyin Alausa”