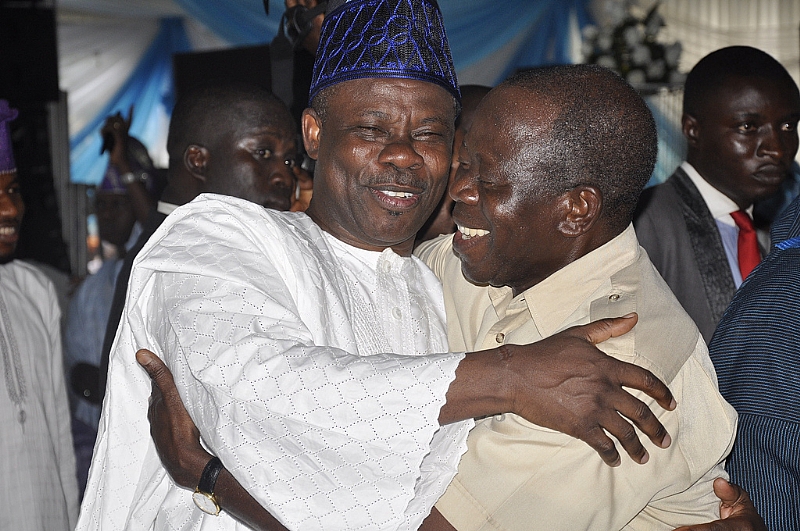 GOVERNOR Ibikunle Amosun of Ogun State has denied any knowledge of the alleged grilling of the All Progressives Congress, APC, National Chairman, Comrade Adams Oshiomhole by the Department of State Security, DSS, in Abuja.

It was reported that the nation’s police undercover had quizzed the National APC Chairman on Sunday over allegation of corruption when he was governor of Edo State as well as allegedly collecting graft during the party’s primaries to favour some aspirants. Governor Amosun and his colleague from Imo State, Rochas Okorocha were mentioned as the “behind the scene” writers of petition to the DSS against the APC Chairman.

But speaking with State House correspondents after meeting behind closed doors with President Muhammadu Buhari, Governor Amosun who tried to parry questions surrounding his relationship with Oshiomhole and his alleged involvement in the petition to the DSS against APC Chairman, said he had no hands in any petition against Oshiomhole. I’ve never, will never collect bribe, video clips false – Gov. Ganduje tells House Details later.

Still On The ‘Bastard’ Loot At Osborne Towers