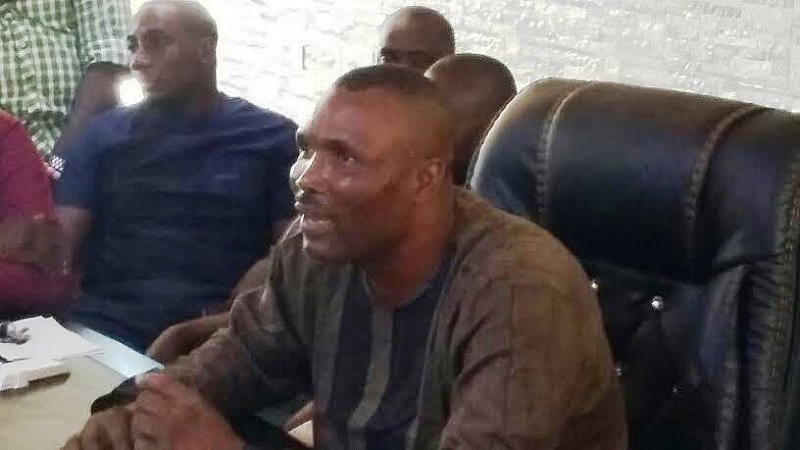 One of the aspirants for the Delta South Senatorial District election, Evangelist Michael Diden, fondly addressed as Ejele by his admirers hasve asked the incumbent Senator representing the District at the National Assembly (NASS), Senator James Manager to throw his weight behind his ambition to represent their people.

Diden, who represents Warri North in the Delta State House of Assembly (DTHA), also requested the immediate past governor of the state, Dr Emmanuel Eweta Uduaghan, to back his desire to run for the seat.

Diden, said this over the weekend in a breakfast hour he held with journalists in his Koko country home.

He described Manager and Uduaghan as the Aarons while he is the Moses, “They should carry my hands up”, he noted.

On the allegation of being sponsored by the incumbent governor of the state, Ifeanyi Okowa, against Uduaghan, Diden said, “life by my own knowledge is all about growth. If at this age, somebody brought me out to sponsor me for an election then after a while the person will come and call to stop. To me, it is not a good thing to my name. It also shows that I am not planning well for myself, it means I don’t belong to the association of growth. If I decide to use my own hand to witch hunt myself by being a spoiler, I should as well know that one day somebody will come and play the role of a spoiler in my life”.

He likened his opponents to countries with strong football teams, “In this race, you can see them as Brazil and Argentina but remember that in the Olympic game, Nigeria defeated Argentina and went ahead to defeat Brazil”, stressing further that David defeated Goliath in the battle, “that is why I am”, he said.

He said he has gone round seven of the eight local government councils in the district to informed them of his intention to run for the senate position, “I am going to run and I will run”, he insisted.

He promised his people that he would revamp the Export Processing Zone (EPZ), sited in Ogidigben, if elected just as he said he would sponsor bills that would impact on the lives of Nigerians and speak against any bill that is not for the interest of the masses.

He noted that he was the proponent of EPZ which is currently hijacked by some politicians, saying that the Warri and Koko Ports would be revived if elected, stating that he played a prominent role that brought to an end the Ijaw and Itsekiri crises.

The 2019 Presidential Elections And The Current NOIPolls

12 thoughts on ““I Have Worked For You, Support My Senatorial Ambition”, Diden Tells Manager, Uduaghan”