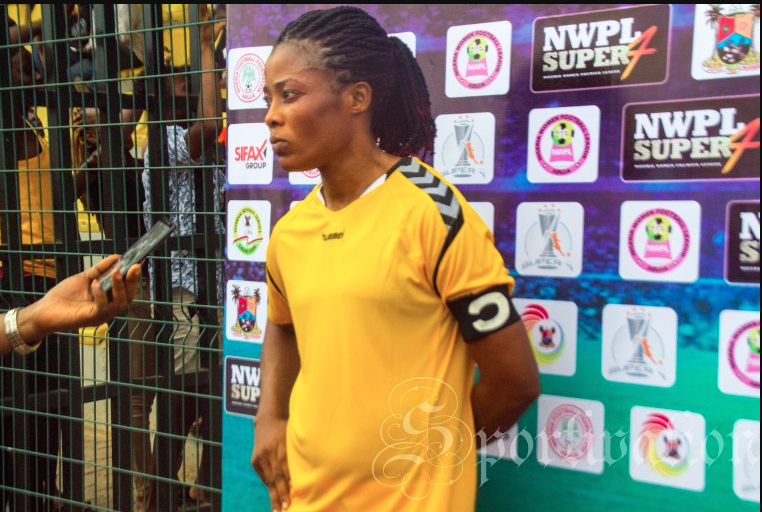 The highly-rated defender has pitched her tent with the Restoration Girls ahead of the NWPL 2020 season.

Kemi played an instrumental role for Confluence Queens as they finished second in the NWPL Super Four, losing to River Angels via penalty shootout.

“I am happy because Bayelsa Queens are one of the teams I have been eager to play for in the NWPL.”

She joined Confluence Queens in 2015 from Sunshine Queens

According to Kemi, she joined Bayelsa Queens to win the NWPL trophy

“My most happiest moment with Confluence Queens was when I joined them in 2015, I received an award for The Most Well-Behaved Player of the year.”

“In 2017, I was also given an award, The Most Valuable Player of the Year, I was also invited to the National Team.”

Kemi led Confluence Queens to a second place finish at the 2019 NWPL Super Four as they lost to Rivers Angels.