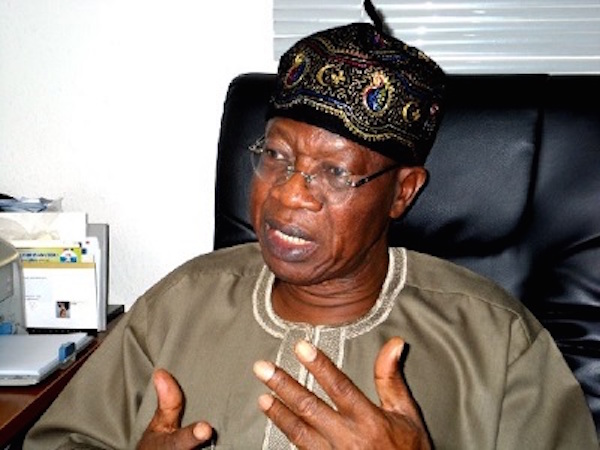 Minister of Information and Culture, Alhaji Lai Mohammed, has denied reports that he said the presidency does not know who would assent to the 2017 budget in Buhari’s absence.

In a statement issued by his special assistant on media and publicity, Segun Adeyemi, on Wednesday, the minister described such reports as malicious misrepresentation of what transpired.

Below is the full statement:

Our attention has been drawn to a story in a section of the media quoting the Honourable Minister of Information and Culture, Alhaji Lai Mohammed, as saying ”we don’t know who will sign the 2017 budget”.

This quote is a malicious misrepresentation of what transpired at the post-Federal Executive Council Meeting press briefing on Wednesday, 17 May 2017.

When the Minister was asked a question relating to the signing of the 2017 Budget, his response was: ”When it is transmitted to the Presidency, the issue will be addressed.”

Anything beyond that response amounts to deliberate mischief and should be ignored.