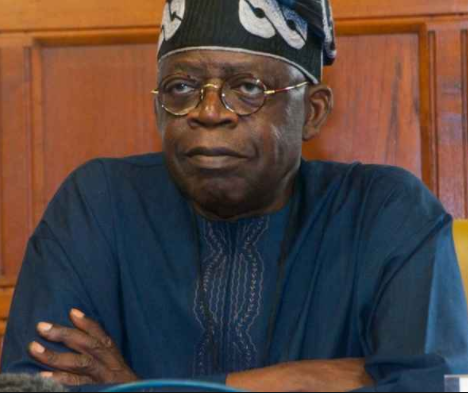 Asiwaju Bola Ahmed Adekunle Tinubu means different things to different people. But if dynamic opposition is the life-wire of a democracy, it is very fitting then to name him the saviour of Nigeriaa��s current democratic journey.

Tinubu, more than any other Nigerian, nurtured and sustained the opposition movement that removed the Peoples Democratic Party (PDP) from power. Before Tinubua��s party, All Progressive Congress (APC), there appeared to be no consequences for bad behaviour in Nigeria whatsoever. Despite mounting corruption and gross mismanagement of national resources, the PDP was boasting to rule Nigeria forever. And one cannot blame them. It was unfathomable, as at then, for an incumbent president to lose election in Nigeria. But not anymore!

APC recognized the Tinubu genius, and had no problem conferring him with the title of the a�?National Leadera�?. But the honour would become queer in the course of 2015 election campaigns, because Bola Tinubu was neither the partya��s national chairman nor the presidential candidate.

Seasoned pundits had reasoned that Muhammadu Buhari, having been elected president, would assume the title of the National Leader while the Asiwaju would be anointed the chairman of the partya��s Board of Trustees. Glaringly, that was not meant to be.

Tinubua��s political sagacity was seen as a threat by the Buharia��s post-election inner caucus, a clique of primitive loyalists, whose visions appear concocted from the philosophies of Stone Age native doctors. Instead of the change agenda of the ruling party, the clique focused its energy on strategies to decimate the Tinubu-led brain trust that brought Buhari to power.

The president had no reason to look back. Buhari was still gloating with precipitate pride having been greeted with a worldwide goodwill after declaring that he a�?belonged to no onea�?. Many took the memorable line as a quaint exit from the military arm of Nigeriaa��s corrupt oligarchy that needed to be carried along to dislodge PDP from power. Well, events since have shown that a�?I belong to no onea�? might have been referring to an imaginary freedom from Tinubu. The rest, they say, is history.

This history is that party indiscipline, which had been a cancer of past regimes, became full grown as soon as Tinubu was sidelined. The opposition took advantage to wangle its men to critical leadership positions in both arms of the Legislature. The paradox is that a corrupt opposition party dictates the content and character of the much-anticipated change under the APC government. Even boards of vital government agencies, including strategic foreign posts, remained in the hands of the opposition over two years after Buhari assumed office.

The president remained indifferent. To his advisers, the post-Tinubu Tsunami would eventually subside in time for the next election. This false hope prompted Buhari to openly admonish that Bola Tinubu was not the National Leader but merely one of the leaders of the party.

The mockery of Tinubu became an appetizing ingredient in every pepper soup joint. But the man kept calm. And he had to. What could he possibly tell the political gods about his predicament? How could he face his long-standing left-leaning NADECO allies and the powerful Southwest media that he coopted to produce a Buhari presidency? How could he possibly reconcile his new fate in APC after enduring the worst political fire ever directed to a non-candidate in the history of Nigeria? How could Bola Tinubu reconcile the fact that, instead of Buhari, the Nigerian masses are mocking the Asiwaju himself for the failures of APC government?

One can now relate to why I pity Tinubu; and I truly do. But what has followed is even more intriguing.

The Asiwaju is now re-baptized a�?the National Leadera�?. With APC in crisis, combined with his waning popularity, President Buhari did an abrupt U-turn, turning to the same virally discredited Tinubu. The goal is to salvage the party and create a favorable image in time for 2019 elections.

Buhari deserves commendation for the peace move. Tinubu, on his part, has embraced the assignment as a Christmas in June, and he has what it takes to weave the innocent opinions of party members as well as the Nigerian people towards common purpose. However, how that common purpose aligns with the presidenta��s 2019 individual agenda is another aching dilemma.

Nevertheless, as a fervent fan of Buhari from ages and a sapient adherent of Tinubua��s visions, and now a presidential aspirant under APC, let it not be misconstrued that I openly state as follows: The president can make the assignment less herculean by recognizing that Muhammadu Buhari has become the problem. Yes, there comes a time nonsense paves way to commonsense.

The commonsense dictates that the Nigerians are dire need of a new breed presidenta��regardless tribe or religiona��who is roundly equipped to lead the country to greatness. The Nigerian people also yearn for a party that can earn their trust. APC can become that party once again, if Asiwaju Tinubu is seen as an agent of the truth. The truth is that the history already celebrates President Buhari for his sacrifice in rescuing Nigeria from the ruins under PDP, but the same history will commit him to its darkest side, if he ignores the warning signs and furthers any individual ambition that can propel PDP back to power.

SKC Ogbonnia, an APC Presidential Aspirant, can be reached via: [email protected]

Another Twist By Boko Haram Insurgents; The End To The Insurgency As Envisaged Is Yet To Be Sighted

Who Is Going To Heaven?