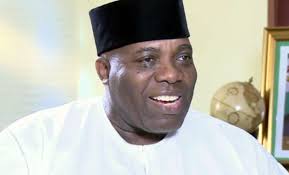 Former Presidential Adviser and Chieftain of the Accord Party, Dr Doyin Okupe has said he remains the leader of the party in the southwest.

He said: “I remain the authentic leader of Accord Party in Southwest. There's a letter from the National secretariat of the party authenticating this.”

He described, as a charade, the meeting of some chieftains of the party led by the party's National Secretary, Dr (Mrs) Adebukola Ajaja, in Ibadan.

Okupe said “Those present at the Ibadan meeting were APC moles working for the re-election of President Muhammadu Buhari. They are lightweight politicians whose presence in the Accord Party over the years has not added any substantial value to improve the fortune of the party.

“Whereas, the Iperu meeting where a vote of confidence was passed on my leadership, had in attendance all notable leaders of the party in the Southwest, except the Oyo and Ogun states Chairmen.

“The Ogun State chairman however sent his deputy to represent him and also apologised for his absence.”

The former presidential adviser also said “what is happening in the party presently is a desperate attempt by the National Chairman to use the party to promote the re-election bid of President Buhari.

“The National Chairman, who is from Daura, the hometown of President Buhari dragged the National Assembly to court over election timetable, he claimed to have done that on behalf of Accord Party without the approval of the National Executive Committee of the party.

“He went further to employ the service of Senior Advocates of Nigeria for the case, paying them millions of naira when the party has no money in its coffers. When confronted on where he got the money, he confessed to have gotten the funding from the government,” he added.

“These are the characters presently parading themselves as leaders of the Accord Party, it is clear that they are more of political merchants who have nothing good to offer to position the party as a credible alternative and we are ready to restrict their plans to annex the party as a support group for President Buhari's re-election.”

Discovery at 'Jesus's tomb' in Jerusalem