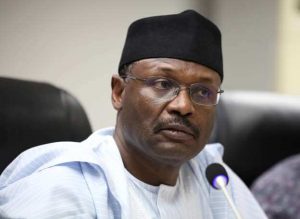 AN agent of the Peoples Democratic Party, on Monday, Mohammed Tata, told the Presidential Election Petition Tribunal, in Abuja, on Monday, that he was forced to sign the result sheet for the February 23 presidential election in his polling unit in Jigawa State.

Tata, the petitioners’ fifth witness testified at the instance of the Peoples Democratic Democratic Party and its presidential candidate, Atiku Abubakar, who are by their petition challenging the victory of President Muhammadu Buhari and the All Progressives Congress.

Under cross-examination by the lawyer representing the Independent National Electoral Commission, Yunus Usman (SAN), Tata said there was no election in his polling unit.

He said results were merely allocated and he was forced to sign the result sheet or be removed as a beneficiary of the N-Power Scheme.

He said the 700 votes which the INEC’s lawyer said the APC scored in the unit was false.

He said, “All the people signed because they were asked to sign. They said they will remove me from N-Power if I did not sign.

“’We signed the results because of harassment and intimidation.

“I don’t know if the agent of APC signed because there was no election in my polling unit sir.”

Responding to the claim that APC scored 700 in the polling units, Tata said, “It was not scored because there was no election in that polling unit.”

He debunked INEC lawyer’s suggestion that he appeared in court to testify because he was aggrieved by the outcome of the election.

He said, “Sir, my lord I’m Muslim, I believe in destiny.

“Whether PDP or APC wins is not my concern, what I need is justice in my country.”

Asked to respond specifically if he was happy with the outcome of the election, he said, “I’m not happy with what happened.”

Oshiomhole is an expert in falsehood, manipulation: Okorocha

46 thoughts on “I was asked to sign results or lose N-Power membership: PDP agent”