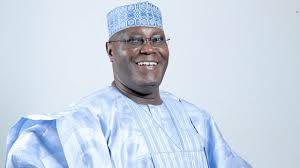 Former Vice President Atiku Abubakar has said defeating President Muhammadu Buhari will be a cakewalk for him if the president runs against him in 2019.

Mr. Abubakar said Mr. Buhari has become politically weak after squandering the goodwill Nigerians accorded him during the 2015 elections.

“I will definitely beat him this time. He has wasted a lot of his massive goodwill,” Mr. Abubakar said.

The former vice-president was interviewed by Dele Momodu for his column which was published Saturday in The Boss Newspaper he publishes.

He said many associates of Mr. Buhari are furious, but they are silent about their disapproval of the president, and are waiting for the right time to strike back.

“A lot of people are disgruntled but keeping quiet and lying low,” Mr. Abubakar said. “Our youths are suffering terribly and now they are being sold into slavery.”

“Everyone knows my track record of inviting and attracting a good team and giving them the opportunity to work professionally. Nigerians are tired of leaders who cannot think big and work big,” he added.

Mr. Abubakar said he would be ready from day one should Nigerians elect him president in 2019.

Mr. Abubakar, vice-president from 1999-2007, dumped the ruling All Progressives Congress last week Friday, citing alleged failure by the Buhari administration to improve the quality of life in the country and neglect of the youth in federal cabinet appointment.

His political allies have indicated that Mr. Abubakar was on his way to the opposition Peoples Democratic Party, which has opened its doors to him.

The national spokesperson for the APC, Bolaji Abdullahi, countered Mr. Abubakar’s assertion, saying Mr. Buhari would handily beat the former president should he stand for re-election.

“I believe that the reasons Nigerians voted for President Buhari in 2015 are still pertinent. They voted President Buhari because they needed a leader who has integrity, strong on corruption and capable of defeating Boko Haram.

“If he stands for election in 2019, we believe Nigerians would still vote for him,” Mr. Abdullahi said.

President Buhari has not yet declared his intention to seek re-election although his recent actions and comments have strongly suggested he will.