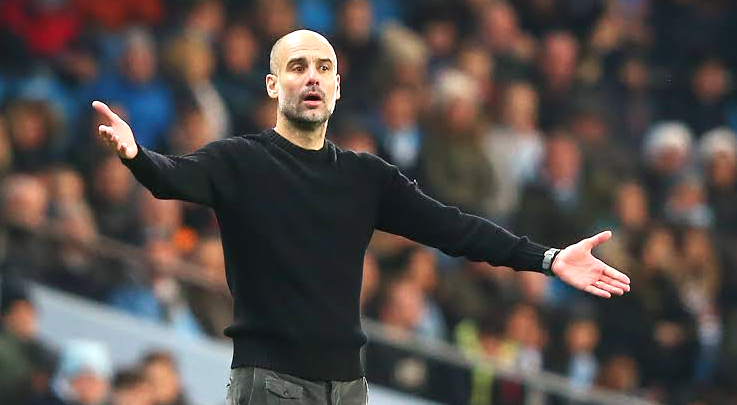 Manchester City manager Pep Guardiola has ruled out the possibility of managing Manchester United or Real Madrid in the future.

Guardiola was speaking ahead of the Carabao Cup semi final clash against Manchester United on Tuesday.

“It is like I would never train [Real] Madrid. Definitely not.

Guardiola has a contract at the Etihad Stadium until 2021 and he has enjoyed a good record against Manchester United winning four and drawing four in eight matches.

He has also debunked reports of telling his players to make tactical foul.

“I have said many times when I was at Barcelona and here I have never in my life have I had a meeting where I have talked to my players about tactical fouls,” he said.

“It happens sometimes because you are late and because they are so fast, and they are so quick, that you make a foul.

“You lose the ball and they make incredible fast transitions and sometimes you are late and in that second you make a foul.

“But if the people can judge if our legacy is tactical fouling it is their problem, not ours.”

Adebayor: Why I Hate Arsenal