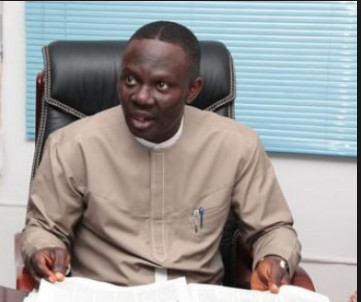 The successful legal fireworks which lasted for a whole week but subsequently served Afegbua freedom from the claws of security agents who were not comfortable with free press and criticisms of the government, proved to be an intervention that clearly underscores the beauty and strength of the rule of law in a constitutional democracy.

IBBa��s spokesperson was invited by the secret Police for questioning Wednesday night (Feb. 7, 2018), hours after he was questioned by the Police and subsequently released. Both invitations were because of a statement he signed on behalf of his principal, ex-Nigerian leader, General Ibrahim Babangida.

For clarity, Pro bono publico (for the public good; usually shortened to pro bono) is a Latin phrase for professional work undertaken voluntarily and without payment. Unlike traditional volunteerism, it is service that uses the specific skills of professionals to provide services to those who are unable to afford them. Some may as well argue that Prince Afegbua could afford payment for his legal service but one thing is certain here that the case pursued was for public good, to strengthen democracy and ultimately to foster egalitarian and just society.

Pro-bono service is not alien to Kayode Ajulo & Co. Castle of Lawa��s chambers, infact earlier in the year, Dr. Ajulo as the Principal Partner reviewed conditions for such service, he put it in black and white that beneficiaries of such service must produce evidence of registration from INEC as an eligible voter. For him such initiative will help check apathy and spur Nigerians to honour their electoral civic responsibilities.

The quintessential Kayode Ajulo whose doctoral research is on Social Justice and Corporate Social Responsibility remains ever undaunted and has consistently chosen to pursue the cause of social justice with equanimity and dedication. His unrelenting courage and unwavering doggedness, sheer audacity, perseverance, and deep reverence for the rule of just law and passion for nonviolent revolution put him in the class of political leaders like Mahatma Gandhi of India and Martin Luther King of the United States among others.

It is indisputably correct that Ajulo has recorded unrivalled contributions to legal development in Nigeria. In other words, his positive impact on the legal system is phenomenally legendary. Kayode Ajulo’s immense contributions to the development of various aspects of the law manifested in the numerous cases he handled bothering on serious social, economic and political issues. Kayode is a man of the law and ardent believer in the cause of justice.

While successive oppressive military regimes and civilian governments in the country relied on the might of their weapons to confront dissenting opinions and opposing elements, the law remains the major weapon with which Ajulo has been fighting with to end oppression in the country.

The many landmark cases in which the Akoko born legal icon was leading counsel strongly attested to his capacity in the arena of legal advocacy and knowledge of the law.

The greatest and commendable contributions Ajulo is making to legal development in Nigeria has been in the promotion of public interest litigation. Apart from representing the poor and the underprivileged, he often challenges executive lawlessness and subversion of the rule of law which has become a commonplace in the African space.

Dr. Kayode Ajulo is indeed a man of many parts, a trailblazer, bridge builder, philanthropist, master strategist and patriot who in many ways has raised the standard of civilization and human dignity. Ajulo’s warm disposition, visionary leadership and cares for the oppressed and the under-privileged had endeared him to all and sundry.

Is Nigeria Bedeviled By The "Ungoverned Space" Syndrome?