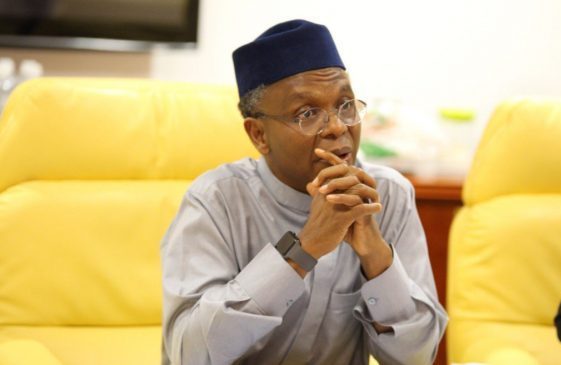 – Calls on Ndigbo to participate in election and vote Atiku/Obi ticket……-Use your vote to change Buhari’s injustice, marginalization and killings of Ndigbo

Toronto: February 15, 2019: The Igbo Canadian Community Association (ICCA/Umunna) calls on the Chief Prosecutor of the International Criminal Court (ICC) and members of the diplomatic to hold the Executive Governor of Kaduna State and All Progressives Congress (APC) chieftain, Mallam Nasir el-Rufai responsible for any act of election violence that may be recorded in Nigeria’s 2018 general elections which starts on Saturday, February 16, 2018.

In a statement issued from Toronto, Canada, by the President of the socio-cultural and political group, Chief Ugochukwu Okoro, through the Public Relations Officer (PRO), Mr Ahaoma Kanu, the call became necessary following the hostile and open threats made by the governor in a televised program on national television.

“The open threat made by Mallam el-Rufai to foreign election observers was done with a calculation to keep them at a distance so that all kinds of illegality can be carried out without the watchdogs around.”

The Kaduna State governor had, in a televised program on national television threatened foreign elections observers saying, “ Those that are calling for anyone to come and intervene in Nigeria, we are waiting for that person that will come and intervene, they will go back in body bags.”

“As we get into the final hours before the elections, we are worried for the safety of our people who are resident in Kaduna and other parts of the northern Nigeria and demand that the Federal Government should protect the lives of every person in those regions. Kaduna State under el-Rufai has witnessed ethnic tension; deaths and bloodshed. This is a governor that did nothing when in 2017 the Arewa Youth Consultative Forum gave a quit notice to Igbos living in the north to leave or face attack. Kaduna State has become a very volatile state where violence and killings occur without warning. There have been various incidences of violence along religious lines lasting days without abating especially in Southern and Northern Kaduna with the State government doing absolutely nothing to stop such incidents neither are any culprits arrested.

As a people who are always targeted especially by the administration of President Muhammadu Buhari who has not only militarized the South East but have ordered a crackdown on innocents sons and daughters of Ndigbo, we are concerned about the safety of our people since it is evident that Igbo leaders have given a directive to our people where to cast our vote.

We call upon the ICC and the international community to place a special focus on the activities of the state governor in order to safeguard the lives of Nigerians during this election period,” Okoro said.

Going further, the Umunna president urged Ndigbo to troop out en masse and participate in the elections and make their votes count.

“Being among the first organization to endorse the Peoples Democratic Party (PDP) candidacy of HE Alhaji Atiku Abubakar and Dr. Peter Obi, we urge every Igbo man, woman and youth old enough to participate in the election to cast their vote for the Atiku/Obi come Saturday, an action which will lead to true and enduring freedom and emancipation of Igbo land and people.

It is time for our people to use their PVCs and reject that party that promised to end terrorism in Nigeria but ended up unleashing terror to our young people in the name of Operation Python Dance; it is time that we reject President Buhari who declared a people exercising their freedom of expression as terrorists whereas he kept a blind eyes to the Miyetti Allah controlled Fulani herdsmen who have killed over 3000 Nigerians including the coordinated attack on our people in Nsukka, Enugu State; it is time we use our PVCs to reject Buhari who did not find any of our people capable enough to be in his administration.

The time has come for us to change that government which reduced the budget allocation for the Alkanu Ibaim International Airport Enugu from over N2billion to N500million; let us come together in unity with our votes and kick out the APC who arrested; tortured and killed our brothers and sisters since 2015; it is time to give the boot to a government that has crippled the economy and driven the country into recession with their inadequate economic policies; cluelessness and constant trading of blames; let us through the ballot box remove a President who attacks the judiciary, disrespects the courts and takes unconstitutional means to get his way.

During the first and only Presidential Media chat Buhari held on December 30, 2015, he asked a question, what does the Igbos want? The Ndigbo want an inclusive government who would treat them as equal partners in the union called Nigeria; Igbos want to be recognized and allowed to bring in their wealth of experience in the management of affairs of our country; Ndigbo wants freedom to express themselves without fear of persecution by the military; Ndigbo wants infrastructural developments and not marginalization; restructuring and not isolation; prosperity and not penury. Ndigbo want to be counted as Nigerians and not given the label of being among the Five Percent.

As a progressive people, Ndigbo have found that candidate in Alhaji Atiku Abubakar and Dr. Peter Obi and we urge our people to cast their votes for them as we move to close the chapter on President Muhammadu Buhari administration which will forever remain infamous in our memories and open the door to a breath of fresh air; an air of prosperity, peace and progress.

We thank all our leaders especially the President General of Ohaneze Ndigbo, Chief Nnia Nwodo and all those who stood firm for what is right, unmoved, undeterred, and not distracted by every wind of doctrine bandied about and propelled by the selfish interests and personal and situational conveniences of their inventors. We stand shoulder to shoulder with you in this particularly important moment in history in this event that will change our lives.