Icrc Appeals For Release Of Health Worker’s Abducted In Borno

Icrc Appeals For Release Of Health Worker’s Abducted In Borno 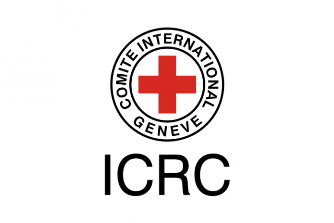 The International Committee of Red Cross (ICRC) has appealed to the members of Jamaatul Alis sunnah lid daawati wall jahad as a matter of urgency to spare the lives of the two female ICRC workers in their custody.

The ICRC in a statement issued by the ICRC Communication Officer , Malam Sadiq Umar in Maiduguri Monday said, ” our plea, spare and release these women. They are not part of the fight. They are a midwife and a nurse. They are daughters, sisters, wives and mothers, women with children to raise, and families to return to”.

The ICRC said ” we make the plea for our medical colleague and a nurse who have now been in captivity for more than seven months. A dateline for their lives will expire within 24 hours”.

The statement further said “Hauwa and Slice are medical workers who chose to work in an area affected by violence. Like health care personnel around the world, they see only patients in need. Alice, a nurse does not ask a bleeding person what side he/ she is on, instead she immediately works to heal the wound. Hauwa, a midwife, helps to ensure the safe arrival of new life, and the survival of the mother. Our hope is that mercy will be shown”

” The works Hauwa and Alice do is crucial , especially at the time when more than half if the health facilities in the Northeast, Nigeria are closed. Nearly over 400 health facilities are shattered in Nigeria's Borno state because of nearly a decade long conflict. Malnutrition and outbreak of diseases such as measles are increasing. Harming people like Hauwa and Alice is effectively harming the communities throughout the Northeast,” statement added.

The ICRC further called on them to be merciful and to ensure these women are kept, safe and and are soon back with their loved ones, stressing that those who know the 24 year old described her as full of life and close to family and friends.

” Hauwa saw her work in Rann as a solid step towards a carer of helping others. Both Hauwa and Alice devoted their lives to help all those in need,” the statement further stressed.

Offa robbery: Murder of Kingpin must be probed: – says HURIWA