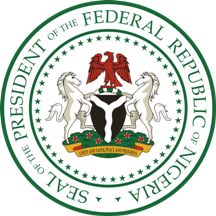 This article was written and published this year but I have decided to repeat it with a fresh topic. The repetition is the outcome of my discussion with one of the Imo elites recently who appears to be in sympathy with the government in power. I must continue my criticism no where I find myself. This may be difficult for some people to believe, but I shall not change my stand. This is irresistibly axiomatic!

Under the sway of modern propensity, the conscientiousness of the earthman which constitutes the essence of being is completely overwhelmed by illusion. This state has made majority to misunderstand what they ought to understand; though the most difficult thing to understand is why anything should be understood. Understanding therefore becomes a lesson which man must learn whether or not he desires it.

Those who misunderstood my critical mind have called me names. They say I criticize any government for pecuniary purpose. Even Professor Wole Soyinka who sometime intervened in my case with former Governor of Imo State knows that my criticism of any government is not born of any material or pecuniary interest. If my voice is that of Naira and Kobo as some misguided people erroneously propose, by now, I would not have known what economic rescission is all about; Gov. Rochas can understand me better.

I desire to see things move well for my state (Imo) and my country Nigeria. I did not take to criticism because I want to destroy anybody, I have my own fault, no man is fault free not even Christ during his earthly ministry. No one is perfect yes, none is good. Christ even authenticated and demonstrated same when someone came to Him and exclaimed, “Good Master and Jesus answered him “Why callest thou me good? There is none good but one that is God.” Matt. 19:16-17.

Yes, none is good except the Lord. As humans, we are made up of imperfection and it reflects in whatever we do; as a result, criticism gives us the chance of correcting ourselves. One Chinese Proverb says, “Think of your own faults the first part of the night when you are awake, and of the faults of others the latter part of the night when you are asleep.” In the words of Anne McCaffrey “Make no judgments where you have no compassion”.

A sage once noted, “Twice I did good, and heard it never, once I did evil and heard it ever.” We are living in the world where people will slap you on the back behind your face and then slap you again in the face behind your back. Whatever you make of this assertion is criticism!

Criticism is a major mirror that reflects the identity of the critic. Constructive criticism does the best by showing the way the criticized should follow. I am aware that it is not an easy task to do better in any endeavour one finds himself; at the same time the duty of a critic is to discover new paths and proffer solutions to them. I do not think being a pure humanitarian and social critic is an abomination. A critic wants the best for his state and his nation too.

Though while I have received commendation from those who are real patriotic Nigerians for doing good by pointing out areas that government should follow in order to deliver the dividend of democracy to the electorates, few have seen me as an enemy to any government in power. In as much as I am aware of the common fact that Imo people are not worth dying for because they do not know what they want. They simply do what they are hypnotized to do. Well, they should not be blamed because going by the revelation that came from the desk of Citizen Ikenna Samuelson Iwuoha some time ago; on the negative spiritual implication of esoteric sacrifices one will be persuaded to infer that Imolites are under deep esoteric spell and hex.

I must continue to be a critic even if I become the Governor of Imo State by tomorrow. I will not fail to listen to critical minds and use them to form advisory committee of my government. I remembered what I told my Party UPP during 2015 governorship election in Imo state for which I paired with Dr. Osmond Imo Ukanacho. I did mention it to him and other party members that If we fail to keep to our campaign promises that I was going to pick up my pen and criticize our government. They laughed at me but I meant it and still mean it if an opportunity is given to me to serve Imo people in that capacity. Imo belongs to us all and we must do our best to protect her values. This is my stand!

Yes, as a critic, I must speak my mind. I must tell my world the truth of what I know at all time. My criticism cut across many areas, politics, economy, religion to mention a few. I have written books in my field that portrays my stand as a philosopher. In my widely read column (philosophical Reflection) in the sun (National) Newspaper, I have used the column to criticize religious and philosophical issues that finally earned me a national award by different national and international organizations.

Two of my recent books (Black Christ and Western Deception Vol. 1 and Forbidden Truth from Religious Archives) are the product of my various academic criticisms and are by themselves controversies. I dislike taking things the way they are or appear hence I look and see from beyond. “If exiting theories are not questioned research would come to an end ‘’noted a great scientist and philosopher Albert E. therefore, I have continued to question various theories rooted in hypothesis in order to discover or rediscover new paths for the growth of my society.

Life is all about dynamism! Those in the Christian world who are not comfortable with my criticism of the faith, have called me an ‘’ UNBELIEVER’’ this i have always smiled at knowing fully well that Christ upon whose teaching Christianity is established was a critic too and what we now call Christianity started as blasphemy. This conviction has propelled me to embark on research work on “Spiritual philosophy of Religion’’ where so many critical spiritual cum mystical philosophies are x- rayed in line with religion of the ancient. This will however attract criticism from real scholars and I am ready to defend my findings.

In his masterpiece called Theodicee Gottfrried Wilhelm Leibniz of Leipzig (Germany, 1646-1716) attempted to show that there is perfection in the handiwork of God’s creation. He posited that ours is the best possible word God could have created. This theory is based on divine excellence, omnipotence and goodness. In this best world that is ours, we have to work out our Future in it. This assertion accommodated in the principles of cosmodicy enables us to develop and advance our world with knowledge. Knowledge is dynamic and must be respected when breaking new areas. Yes, it is only God that cannot be criticized because rationally and metaphysically speaking, God cannot suffer. This is because he is pure Spirit in classical; language, Actus Purus (Pure Act).

God has given us the capacity to criticize one another in no small measure to better our society. The critic should not be threatened or killed because he is saying the truth. God himself is ontologically perfect as only the Ultimately Ultimate being who is perfect, who has no limitation or lack, and he cannot be criticized at all. Man is limited and lacks so many things. He exists in time, matter, energy and space which is hitherto characterized by limitations, so he deserved to be criticized in order to bring the best out from him.

Buhari As Pawn: Denying A Gravely Ill Man His Dignity

Chibok Girlsa��Symbol of a nation