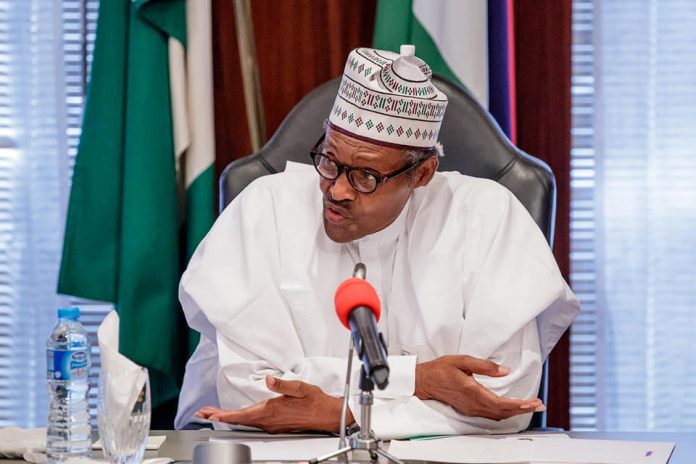 President Muhammadu Buhari has revealed that many well-meaning Igbo leaders asked him to ignore the so-called endorsement by Ohanaeze Ndigbo of the PDP candidate, Atiku Abubakar.

Buhari said he was told that the action by the Ndigbo apex group was all gas, lacking substance.

The President made the revelation today when he hosted a group of Igbo leaders in Abuja, who pledged to mobilize votes for him in next year’s election.

President Buhari said, based on assurances by Igbo leaders, he was not surprised about the split within the Ohanaeze Igbo socio-cultural group after the so-called Atiku endorsement.

President Buhari said that the moment the so-called resolution was announced, he got calls from well-meaning leaders from the region asking him to disregard it as it was without any substance.

According to him, “From that moment, I knew that the resolution would not stand, and alas, there it was.”

President Buhari said that his party, the All Progressives Congress, got it right from the very beginning that the major problems facing the country were mainly on security, corruption and the economy.

“We will not get tired of speaking about the golden opportunity Nigeria lost during 16 years of the PDP. We earned money, which we didn’t use,” he said.

“The state of infrastructure we inherited was terrible – no roads, the railway was killed and power. They lacked conscience because anybody with conscience will not do what they did. We will report them to Nigerians. Let anybody lead this country but not the PDP. They were so reckless with the resources of the country,” the President said.

“If you ruin the economy, send your children abroad to get education, won’t they come back?” he asked, adding: “I said it 30 years ago that this is the only country we have. We must stay here and salvage it together.”

The leaders of the delegation, Engineer Emeka Ekwuosa and the National Chairman of the United Progressive Party (UPP), Chief Chekwas Okorie, informed President Buhari that the Igbos and South-easterners generally understand the good things he is doing for Nigeria which they said, had unfortunately been misunderstood.

They promised to mobilise support for him in the south-east, saying that his re-election will be a national consensus.