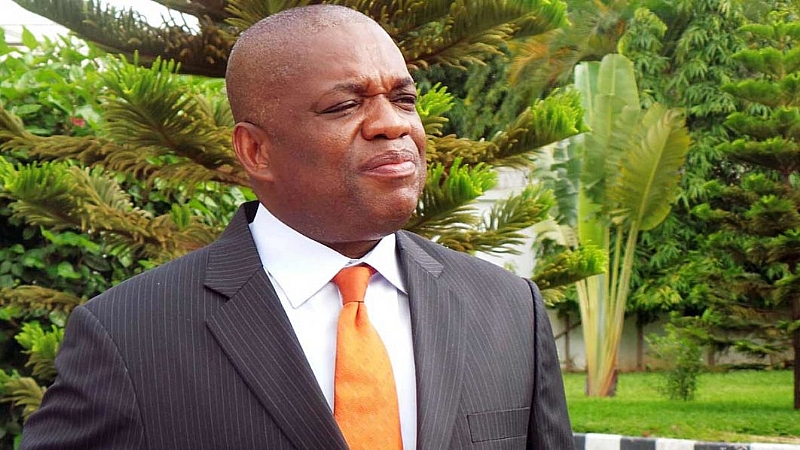 Following the cries of marginalization and calls from many quarters to renegotiate the future of the country , the a�?Igbo Presidencya�? has become the new mantra for assuaging the southeast region and dousing the tensions which the cries for a more equitable and balanced nation has thrown up.

As expected, some politicians of Igbo extraction jumped on the perceived pacifist a�?offeringa�? of the presidency to the Igbo nation for them to feel at home in a nation whose structure has been profoundly and rightly questioned by citizens from all walks of life except some who would not like their parasitic relationship with Nigeria challenged even if such challenge would bring about a more just, equitable and prosperous country.

The fact is that the Igbo question in Nigeria is far and above beyond the question of Igbo presidency; it is a question that has stubbornly refused to go away despite all attempts to kill it and goes a long way to interrogate those critical factors that have made the not only the Igbo but also other discerning and sensitive citizens and regions feel like second class citizens in their own country.

The Igbo man is not too typically concerned about who is president of Nigeria as long as he can live in true freedom in a society where justice, equity and merit reign; where he can carry on his legitimate business without let or hindrance and where state policies are not deliberately skewed against his interest to the advantage of others.

With the current situation that has repeatedly thrown up the Igbo Presidency question, selfish politicians from the southeast tend to want to use it to ride to power in the name of representing the Igbo even when their antecedents show very clearly that their interests have always been parochial, mundane, banal and anything but honest.

Such politicians do not mind trampling on the interests of the Igbo people while actively conniving with their common traducers to intimidate, oppress and demean them as long as it serves their own personal interests and advance those of their distant paymasters.

This is quite shameful. It is only people with well documented history of bad leadership manifested in gross incompetence, alleged monumental mismanagement of State resources and financial impropriety for which they are currently facing charges, cronyism, and non-provision of basic infrastructure when they had the privilege of being governors, that are treading this immoral and dangerous path.

Unfortunately, for the Igbo it is such characters that somehow almost always find ways of throwing themselves in the forefront of an Igbo presidency agenda which they hatch with conscienceless mandate in cahoots with our common antagonists to deliver the Igbo people and their land for stone-age subjugation in exchange for a presidency that is designed to perpetually serve the interests of their traducers.

Orji Uzor Kalu falls into this category. And many believe that his desperation to escape further prosecution for his many alleged sins including weighty allegations of embezzlement against the good people of Abia State in his time as governor has driven him to offer himself as a common armour-bearer, an unsolicited a�?megaphonea�? and a court jester for the entertainment of his self-appointed slave masters and their evil agenda against the Igbo in particular and Nigeria in general.

In his usual lust for power just for the sake of it ,Orji Uzor Kalu had declared that a�?We (the Igbo) dona��t need any other thing than the office of the Presidenta�?. This assertion is so wrong that it exposes Kalu as a man who lacks the basic understanding of a�?The Trouble with Nigeriaa�? (apologies to the literary icon, late Chinua Achebe)

This statement by Kalu shows that his recent statements on matters affecting the Igbo in particular and the nation in general are borne out of anything but noble and that he is only pursuing his own narrow ambition to the detriment of the general good.

While it is very obvious that the need of the Igbo man far outweighs being the president of Nigeria, politically spent forces like Kalu still clings to it just to satisfy themselves and probably further help traducers of the Igbo nation to finish them off.

The Igbo citizen knows that the presidency in the wrong hands spells doom for everybody irrespective of where such a president comes from. If not, the sections of the country that have produced the presidents of Nigeria the most times would have become a paradise. But despite almost always producing the president of the country, that part has remained the most backward in every indices of human development.

The Igbo man/woman knows this, so his/her desire is far beyond just producing the president of Nigeria, it covers yearning and working for a society that is built on justice, equity and merit.

How Kalu did not know this is not a surprise. He has never been known to be a man of even common knowledge. His certificate at the Abia S tate university, Uturu, was once withdrawn. The simple implication of this is that he was not found worthy of that certificate which is usually awarded to those worthy of it both in learning and in character

Orji Uzor Kalu further predicated his qualification to be president on what he claimed he did a�?in our villages as governora�?. The truth is, Orji Uzor Kalua��s name is a sad reminder of what a governor should not be. As the first governor of Abia State in this current 4threpublic, he laid a miry foundation that the State is still grappling to recover from up till today.

The bastardisation of institutions, introduction of a�?mamacracya�?, a system where his mother was known to have practically run Abia State with impunity by proxy, allegations of monumental frauds etc were all the order of the day in the days of Kalu to the extent that he can never recover from the political baggage and burden he has become not only to himself but also to those who associate with him.

His search for political recovery and several desperate attempts to relaunch himself back into reckoning have met brickwalls, expectedly He had moved from PDP to form his own PPA , gone back to PDP and then to APC. In addition to his abysmal records as governor, his political records are so bad that he had to be suspended by the party he founded by himself.

A man who could not win a senatorial election in his district overrates himself when he talks about winning election to become president of Nigeria on behalf of the Igbo. Those who contested several elections in the past and failed but kept trying before winning had some history of performance that kept working for them. With his antecedents, surely, Kalu does not belong in this club.

Nothing confirms Kalua��s reputation as a political baggage and spent force than a much touted mega but failed rally of the Abia State chapter of APC he facilitated in Umuahia in January 2018. Apart from the fact that the rally was scantily attended, president Buhari and his vice, Yemi Osinbajo including the minister of science and technology, Dr Ogbonnaya Onu among other leading party cheiftains who were earlier announced as being among those to grace the rally avoided it. Who would want to be associated with a Kalu whose zero value in todaya��s politics is known to everyone but himself?

What worries most of those who sympathise with Kalua��s leprous political situation is that he keeps carrying on as a snail when in actual fact he is just the shell. Ndigbo have not asked him and, in fact, can never ask him to speak or act for them. He is just on a self-appointed journey of vain self-glorification!

And his continued show of shame stop. Now!

8 thoughts on “Igbo Presidency, Orji Uzor Kalu and the True Shape of Shame”