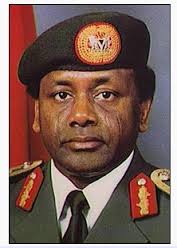 Going over the major proposals that emerged from the just-concluded Igbo Summit, one gets the impression that the summiteers simply dusted and put some flesh to the report of the 1994/95 National Constitutional Conference convoked by late General Sani Abacha. Members of Ohaneze Ndigbo proposed a six-year single tenure for public office holders and election of six vice presidents (apparently, one for each of the six geo-political zones).

It all looks like a rehash of the recommendations of the 1995 Conference contained in what became known as the Abacha Document. In a manner of speaking, the outcome of the Igbo Summit attests to the fact that the Abacha Document deserves another look as it provides valid answers to the recurring question of restructuring. Quite frankly, had the outcome of Confab ’95 seen the light of day, chances are we would have covered much ground in this restructuring journey and Nigeria would have been in transition from a country of contending ethnic nationalities to a modern nation-state. Question is, why and how did we drop the ball?

Fact is, in 1998 when General Abdulsalami Abubakar took over, it was expedient for him to shred any document that had the tag of General Abacha on it. Without any doubt, General Abacha who was nudged into snatching power by the same people who turned round to become his implacable adversaries was a divisive leader. When, therefore, General Abacha died after holding the country together for five impossible years, survival instincts demanded his stop-gap successor to disown the late head of state. The national emergency then was to heal wounds and woo the south west back into the fold.

Expectedly, the (late) Justice Niki Tobi Committee that was set up to explore the way forward simply played to the gallery. With a tar brush in hand, committee members simply defaced the document and hastily recommended that it be disowned by the military top brass. Reason given by the Niki Tobi committee was that ‘’Nigerians raised compelling reservations’’ over the document because ‘’…it was the product of a disputed legitimacy which suffered a crisis of identity in the public consciousness’’!

As things stand today, Nigeria’s official six geo-political zones remains the most enduring legacy of General Abacha. In any case, the zones were meant to be the building blocks for the fundamental changes envisaged by the 1995 draft constitution which made provision for six principal offices of five-year single-term duration to rotate among the zones. The document made provision for the offices of president, vice president, senate president, house speaker as well as the position of prime minister and deputy prime minister.

The ‘Abacha document’ had something for everybody. Had political exigencies not prevailed on General Abubakar into throwing away the baby with the bathwater, by now, Nigeria would have experimented with the Abacha formula for twenty of the ‘thirty-year transition period’ which aim was to ‘promote national cohesion and integration’, after which merit and competence would replace rotation in determining who gets what.

In strict adherence to the principle of rotation envisaged by the Abacha document, at no point in time would any of the six geo-political zones have cause to complain of marginalization since there was always going to be one ‘juicy’ office to be vied for by each of the zones every five years. What this means is that, by 2018, the fifth of the six zones would have produced a president for the country!

It also meant that by 2023, each of the six geopolitical zones would have produced a president, a vice president, prime minister, deputy prime minister, president of the Senate and speaker of the House of Representatives for a single term of five-year duration. This unique provision eliminates the incumbency factor and its attendant abuses. Since the draft envisaged its replication at state levels, the president and other principal officers as well as state governors and stand disqualified from standing election for the same office during their five-year single term incumbency!

Two decades after ‘throwing away the baby with the bath water’, Nigerians are still playing the ostrich instead of sobering up and overgrowing the prejudices of the Abacha era! Many of those who concede today that Abacha was not entirely evil allude to the uniqueness of the 1995 document. Take time to scrutinize the Abacha document and you will readily admit there would not have been Boko Haram, no IPOB and, most certainly, no Niger Delta insurgency if the nation was regulated by the provisions of the document.

As a matter of fact, the Abacha document was so comprehensive to have anticipated the untenable and wrong-headed agitation for Biafra and the hollow talk of marginalization that comes with it. Now, can and, should Nigerians continue to play the ostrich and allow lawlessness to dominate the political scene? Can we afford to allow virtual bandits to dictate how the country is run? Are we to allow a rambunctious few to continue to stampede us and dominate national discourse?

Of course, the talk of dissolving Nigeria is hot air that lacks substance. Yes, there is need to restructure and this should not be mistaken for a breakup as some are so lazy to believe. We need to restructure in a way every section of the country will, at all times, be appropriately represented in governance. The Abacha draft took care of these and more. The document suggested a five-year single-term for elective posts. The document even proposed lawmaking on part-time basis as a way of achieving high-quality and cost-efficient legislations!

Of course, Nigeria should restructure in a way that treasury looters will not be shielded from prosecution. It may interest Nigerians and their elected representatives that there is no proclamation for the much-abused immunity clause for any public office holder in the Abacha draft! Not even the president, his deputy and governors and their deputies as is the case now or, for principal officers of the National Assembly as is being proposed by larceny-inclined lawmakers.

Now that members of the highly-visible Ohaneze Ndigbo have added their voice to revive a noble cause, it behoves the upright and straight-thinking members of the National Assembly to take a closer look at the Abacha document.

Magaji < [email protected] > is based in Abuja

The Place of Prophecy in a Democratic Government

ALL FOR RESTRUCTURING AND THE NEED FOR NIGERIANS TO BEWARE

7 thoughts on “Igbo Summit: A Tacit endorsement for ‘Abacha Document’!”