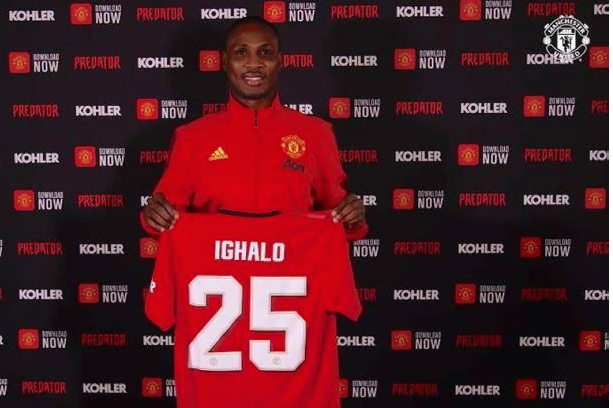 Odion Ighalo has revealed that he took a pay cut in other to seal a dream move to Manchester United.

“Yeah, it was very dramatic. My agent called me the day before and said Man Utd. I would love to go,” he told MUTV .

“A few other clubs had shown interest, I said please, just pick United, if it’s going to be possible.

“At 11pm in Shanghai, my agent called me [to say] that United want to do the deal, so I woke up that night and started looking for a translator to go to the directors’ room and hit his door and all that.

I said: ‘My agent wants to speak to you, United are coming for me, you have to make this happen’.

“So they started talking and discussing. I didn’t sleep throughout that night, because it was going to end at 7am, Shanghai time, and the transfer [window] is going to close there.

“So, from 11pm, there was paperwork, negotiating and all that, for the loan deal and all that, so we are talking and other teams are calling them, wanting me, but I told my agent that this is what I want. I want to come here.

“So the director and everybody didn’t know what to say anymore, because I had already made up my mind, so my agent started putting it in order, and, at 5am, we finished.

“I was excited. I called my mum and she was happy and crying. This is your dream and all that and I’m happy for you. It was dramatic, I didn’t sleep through, I was very happy that finally, we got the deal done.”

Ighalo is in line to make his debut against Chelsea after the winter break.