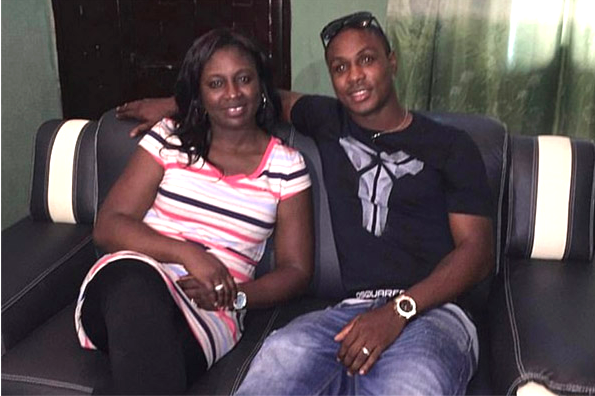 Odion Ighalo has revealed that he will dedicate his goals for Manchester United to his late sister, Mary Atole, who died in December.

The former Watford striker sealed a loan move to Manchester United from Shanghai Shenhua in January.

He is in line to make his debut against Chelsea on Monday in the premier league.

The 30-year-old has been heartbroken since the tragic death of his sister and he has vowed to dedicate all his goals to her.

“I feel very emotional because it has not really struck me that my sister is gone forever and I am never going to see her again,’ Ighalo said in an interview with The Sun.

“Sometimes when I am alone and I just remember her, I have one sharp pain in my heart.

“My twin sister, Akhere, will call me, crying, saying she misses her and, sometimes when I am alone, I cry too.

“It is a very painful loss but I am trying to be strong as a man.”

Ighalo has also etched her name into his boots her name will also be printed on a t-shirt under his United jersey whenever he is dressed for games.

“Every goal I score from now until I finish my career will be dedicated to God and to her,” Ighalo continued.

“I want to show the world she is always with me.”

Ighalo will be hoping to score on his debut for Manchester United against Chelsea Monday.