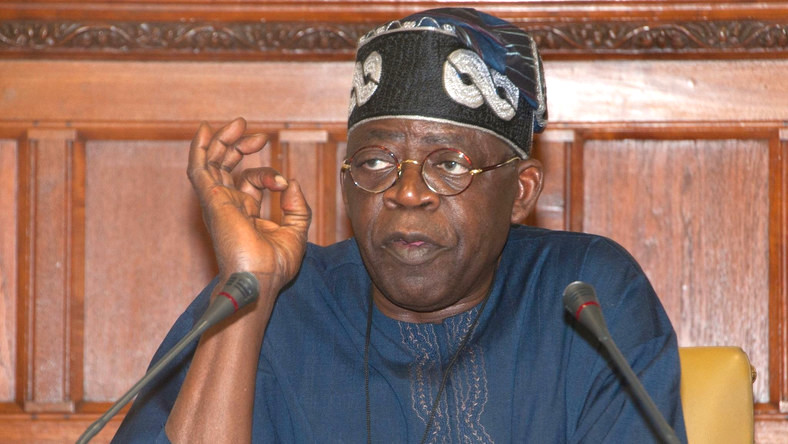 Reacting to the latest interview granted by Asiwaju Bola Tinubu, a former governor of Lagos State, a civil rights activist, Ariyo-Dare Atoye has described it as: an act of cowardice, shameful, annoying, disingenuous and unbecoming of a man desperate for power at any cost, including trading the Yoruba nation and lands for anything.

“That Asiwaju has expressed his politically motivated narrow opinion of the killing of an illustrious daughter of Yoruba land cannot vitiate the truth that Mrs. Funke Olakunrin, the daughter of our own Afenifere leader, Pa Fasoronti was killed by armed Fulani herdsmen operating unrestrained in virtually every forest of Yoruba land.

“His attempt to score a cheap distraction as his wife did during the general election, using the Igbos as a cannon folder, by mentioning Evans is a big self-indictment on Tinubu’s failure in the Southwest, because the Igbos rose to the occasion by pursuing a demolition onslaught against kidnappers without outsourcing blames or accusing the rest of the country of ethnic profiling and today it is the most secured zone in Nigeria.

“Unfortunately, Asiwaju Tinubu cannot replicate what a courageous General Muhammadu Buhari did in 2001 when he led a delegation of Fulani leaders to Ibadan to allege the Yorubas of killing his people – the herdsmen and to accuse the government of Oyo State under Pa Lam Adesina of doing nothing about it.

“It is a tragedy for any Omoluabi in Yoruba land to watch Tinubu explaining away with disrespect to the dead and the people, a present evil in our forests, bushes and lands that is consuming humans, crops and threatening our corporate existence, because of an ambition that will soon be truncated by the very people he is defending.

“This is a clarion call on the Yoruba nation not to be troubled by what Tinubu said or those who are sympathetic to leaders of the group that is oppressing our farmers and our people; it is time for us to stand up and defend our lands from marauders without forgetting that there will always be betrayals, cowards and those who are ever willing to trade our future away.

“Ignore those who are afraid to speak truth to power, as a matter of concern, there is going to be walk to protest-walk to Aso-Rock on Wednesday, July 17, to raise some pertinent questions about our continuous existence as a nation and speak our minds about the state of the nation.

Nigerians Must Be Allowed To Practice Their Faith Freely, Anywhere, Says Sowore