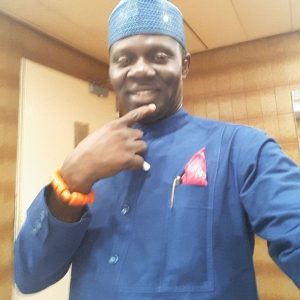 The Inspector General of Police, Ibrahim Idris, has ordered the arrest of Kassim Afegbua for the statement he issued on behalf of former President Ibrahim Babangida.

Afegbua has been a longstanding spokesperson to Babangida, and the former insists that the statement was properly authorized and endorsed by his principal

It would be recalled that Afegbua, in a statement issued on Sunday allegedly on behalf of Babangida quoted him as saying that President Muhammadu Buhari should not seek for re-election in 2019.

Babangida, fondly called IBB, denied the statement in another one which he personally signed.

Afegbua, however, on Sunday night insisted that the one he issued was authentic and was endorsed by Babangida.

Mr. Afegbua, who appeared as a guest on Channels Television Programme Sunday Politics, said as a professional who has been on the job for 13 years, he has never gotten a rebuttal after releasing a statement on behalf of the former President.

a�?I have been doing this job for 13 years now. I have never issued a statement on behalf of General Babangida and it gets a rebuttal.

a�?I extracted a commitment from him (Babangida) before I issued that statement. The former Military President authorised the statement I issued. I didn’t just put out the statement on my own,a�? he said.

a�?So, when the statement came on board, and when some of his friends saw the twist and how the social media sensationalise it, they felt we were trying to put the former president on a collision course with the President. So, to that extent, they went and did a statement to deny that.a�?

Afegbua said further that Babangida in a telephone conversation assured that the statement stands and that it is not a figment of his imagination but a communication that emanates from Babangida.

a�?But I have since spoken to him; he called me and said, that statement stands. The kernel of that statement should inform public discourse and not necessarily people personalising it as if it were to be against the sitting president.

a�?So, the statement stands and I have since communicated to all the media houses that they should respect that statement as coming from IBB. It did not emanate from my head. We sat down, we discussed and articulated them and we put them into perspective,a�? he said.

According to Afegbua, the issues raised by General Babangida should be discussed and not neglected as he wants a new side of leadership, from the younger generation of Nigerians who in his own views have the resourcefulness, the energy and capacity to manage governmental affairs.

a�?Nigerians can begin to interrogate the issues he raised in that statement. IBB started politics since 1990 and so, if he is saying we should go back to the politics of early 90’s, it is corresponding with his line of thoughts. So, I wouldn’t know why someone will think that I will go and generate a statement without authority from him.a�?

Clearing the air on the statement further, the spokesperson explained that General Babangida is not personalising his statement against the incumbent president, a�?but he is saying, as a stakeholder and a concerned Nigerian, that he shares in the aspirations of the people.a�?

APC Reacts To News Of Defection Of Gov. Rochas, His Son-in-law And Gov. Ibikunle Amosun