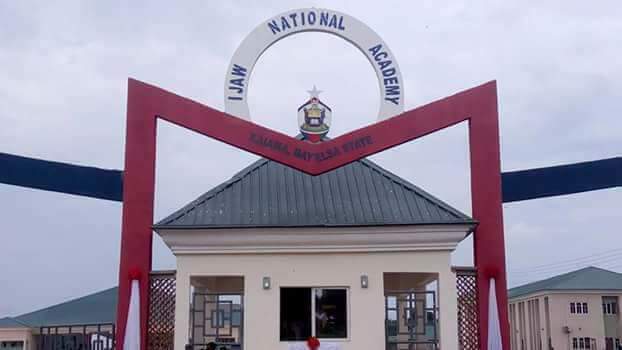 It is also universally acceptable that whatever the cost of our libraries, the price is cheap compared to that of an ignorant nation. From the viewpoint of hierarchy, basic education can be conceptualized as a solid foundation upon which we build a house. From the perspective of development, education is the spark-plug that promotes good governance, catalyzes economic development, social progress and technological advancement. Little wonder Audrey Hepburn avers that a�?a quality education has the power to transform societies in a single generation, provide children with the protection they need from the hazards of poverty, labor exploitation and disease, and given them the knowledge, skills, and confidence to reach their full potential.a�?

Article 26 of the Universal Declaration of Human Rights (1948) provides that basic education shall be universal, free and compulsory. Since then, democratic countries around the world have adopted the declaration as an article of faith in pursuit of their developmental aspirations. In fact human capital theorists believe that no asset or factor of production can be greater that the educated man who has acquired skills to manipulate economic processes to push forward the frontiers of civilization. It was for this reason that in Nigeria, we have had to try free and compulsory education several times but without success. There is a Chinese proverb that a�?A day of reading is a day of gain; a day without reading is ten days of lossa�?. Universal, free and compulsory education is in tandem with the UDHR. Governor Dickson had pledged that the long term goal of basic education is to leave no child behind.

One of the flagship programmes of the Restoration Administration is the education sub-sector. It was for this reason Governor Seriake Dickson assumed office on February 14, 2012 and declared a state of emergency in education. This initiative has started to yield dividends. One of such robust dividends is the Ijaw National Academy- a top flight model college for the best brains selected from among the youths. The Ijaw National Academy has capacity for 2000 students but for now 1200 students are in session.

Ijaw National Academy, Kaiama in the Kolokuma/Opokuma LGA, is situated on a massive, beautiful landscape with a total of 26 modern buildings comprising bungalows as staff quarters, one and two storey buildings for boarding, classrooms, a massive ICT laboratory, health centre with doctors and nurses and other major facilities to promote the development of a good academic culture akin to a well-equipped University. It is the largest model boarding secondary school in the country and may be the most modern and well-equipped one for that matter.

Specifically, the INA was established to prepare Ijaw Youths to fit into the intensely competitive society and to use the Institution as a platform for uniting the Ijaw People. It is quintessentially a a�?special Schoola�? for special children who are cut out to be the leading lights in scholarship and leadership.

Benjamin Franklin once asserted that a�?if a man empties his purse into his head, no man can take it away from him, hence an investment in knowledge always pays the best interesta�? We are familiar with the words of David Burns who posited a�?Aim for success, not perfection. Never give up your right to be wrong, because then you will lose the ability to learn new things and move forward with your life. Remember that fear always lurks behind perfectionisma�?.

The success story of INA does not depend only on the completion and success rate of students but the fundamental values, perception of people, respects for the rule of law and other Ijaw cultural ethos and the general world view of the recipients. All-inclusivity is a criterion that is fulfilled because INA is a coeducational School. Although, we have not seen much of stakeholders buy-in, we do hope that private sector participation will add value to the programmes and broaden the horizon of the school.

Firstly, Governor Seriake Dickson has made a pronouncement of replicating the school across the State. This policy option will not be sustainable because with the emergency of model schools in the Senatorial Districts, replicating INA will face the challenge of sustainability. The reality is that the wellbeing of the students in the school depends of whether or not the successor Governor will share the vision and run with it without swerving and adducing any political connotation.

Secondly, INA will be massified if it is replicated in all Local Government Areas. The massification of such a unique institution will have implications for quality and standard. Other top flight schools such as the British-Turkish College, Jesuit Loyola College and Vivian Fowler International schools are not replicated because of their uniqueness. Bayelsa State must resist the temptation of adopting a technogenic approach to INA for the sake of quality.

The recommendation is to keep INA as a distinct institution, which on the long run will be expanded to accommodate other students. Even now, the capacity of the school is 2000 students. In the years ahead there will be an enrolment boom.

Thirdly, given the instability in the foreign exchange market, we should envisage the problem of cost overrun. Cost overrun implies increase, underrated or budget overrun, involving unexpected costs incurred in excess of budgeted amounts due to an underestimation of the actual cost during budgeting. Clearly, three factors can lead to cost overrun. There is a possibility of inflation, under-budgeting and non-availability of funds, since Nigeria is a crude oil monoculture. Other sustainability criteria include sustaining staff as well as students to maintain a culture of improved content and originality in value.

Also worthy of emphasis in the realm of sustainability is the studentsa�� selection process, the teacher-student ratio, gender balance, and stability in the funding regime. To ensure a steady funding, government can enter into some irrevocable agreements with some private sector stakeholders or establish a foundation for where seed money is kept in the medium term, for the adequate funding of the school. This way successive administration will not attenuate the standard already set by Governor Henry Seriake Dickson.

School supervision is important and the quality of teachers is essential. The teacher recruitment process must be standardized. The intensification of Informatics will give much-needed exposure to the students. The Academy will not make a fetish of certificates but also make tremendous in-roads into techno-vocational education. Thus the curricula of the Academy with adopt aspects of technical education and the Ijaw language which is compulsory for consummate acculturation of the youths into the Ijaw culture. Whereas, content or curriculum will not be the core differentiator, they will be judged on how well they coordinate complex offerings into a useful package for their students.

It is against this background that whoever succeeds Governor Seriake Dickson in 2020 must be one who shares the vision of a rebirth of learning in Bayelsa State; the vision of a greater Bayelsa State and by extension the educational renaissance of the Ijaw nation. This will ensure that the standard the Restoration Administration has set will not be compromised.