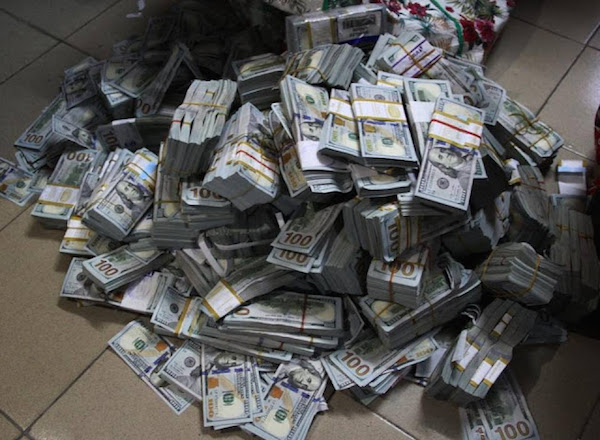 The House Committee on National Security and Intelligence is scheduled to visit the Headquarters of the National Intelligence Agency (NIA) as part of its oversight function to unravel the controversy over the $43.4million recovered by the Economic and Financial Crimes Commission (EFCC) Apartment 7B in Osborne Towers, Ikoyi, Lagos.

The Committee intends to visit the Headquarters of the National Intelligence Agency (NIA) on Thursday, with a mission to verify the sources of the fund and other releases to the agency including budgetary and extra-budgetary allocations for special interventions.

A member of the Committee, who spoke in anonymity to PRNigeria said that “As representatives of the electorate we have the constitutional power to investigate and know what the fund was released for and how the project and other similar ones were executed and whether they follow due process.”

The Committee was disturbed that some security agencies were in the habit of hiding under security votes by avoiding legislative scrutiny.

The member of the committee said: “The agency has deliberately refuse to honour our invitation by citing National Security Act Instrument. We have the right investigate this controversy that disturbs every Nigerian as mandated by the Constitution, especially Section 88 as amended.

“As you may be aware for the purposes of any investigation under section 88 of the Constitutional the Senate or the House of Representatives or a committee appointed in accordance with section 62 have power to procure all such evidence, written or oral, direct or circumstantial, as it may think necessary or desirable, and examine all persons as witnesses whose evidence may be material or relevant to the subject matter.

“In addition, the legislature also has the power to require such evidence to be given on oath; summon any person in Nigeria to give evidence at any place or produce any document or other thing in his possession or under his control.

“The purpose of the oversight function is to avoid anyone playing hanky-panky over the incident that rattled the nation,” he concluded.

The members of the Committee are billed to visit NIA and other related agencies this week.

Oyinlola To Buhari: Tinubu Should Be APC Presidential Candidate Instead Of Leading Your Campaign