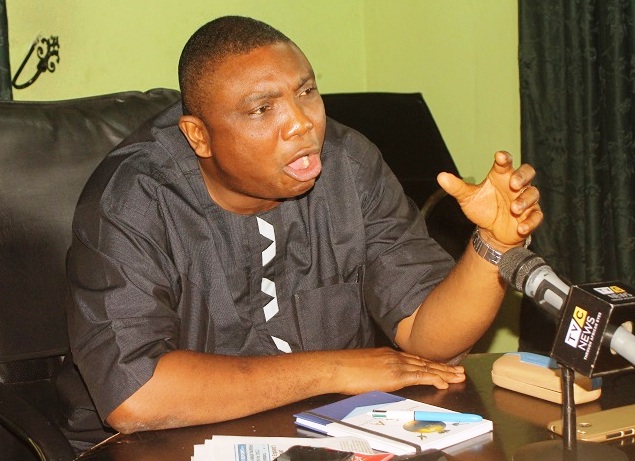 A governorship aspirants of the Peoples Democratic Party (PDP) in Osun State, Professor Adeolu Durotoye has said that he is well prepared and adequately equipped to govern the state and deliver dividends of democracy to the people of Osun.

He said this at the Correspondents' Chapel of Nigeria Union of Journalists (NUJ) in Osogbo, capital of Osun state during a media interactive session tagged News-Point.

Durotoye who is a professor of Political Science and International Relations postulated that only a local breed and globally exposed person could govern the state and that he has the capacity and capability to do it.

Durotoye who is the Provost of the College of Social and Management Sciences at Afe Babalola University, Ekiti State said the people of Osun would not accept any excuse for failure in the next political dispensation and that whoever that would govern the state must not fail.

The journalist turned university lecturer who is now a politician said he was adequately equipped and well prepared to govern the state and expressed optimism that he would get the PDP ticket and win the September 22nd election.

Durotoye said when he becomes the governor, civil servants in the state would be getting their salaries on the 25th of every month and that the retirees would be receiving their pension without delay.

He also said that 200,000 people would be gainfully employed in the state within 12 months of his administration as he would attract investors to the state and provide enabling environment for them to do their businesses in the state.

He said that the huge debt profile of the state would not hinder him from performing well as governor. He said good governance is his focus and that he would deliverer the dividends of democracy to the people.

His words “With the current situation in Osun state, we need somebody with extra-ordinary capacity, Osun needs a local breed and globally exposed person as the next Governor.”

“If we can create enabling environment for investors, it will not be difficult to generate between N4billion internally and will pay salary of workers on the 25th of every month.”

“I am already discussing with investors both in Nigeria and all over the world. We have plan to create 200,000 jobs in the first 12months. We will work with private investors to achieve this”, Durotoye said.