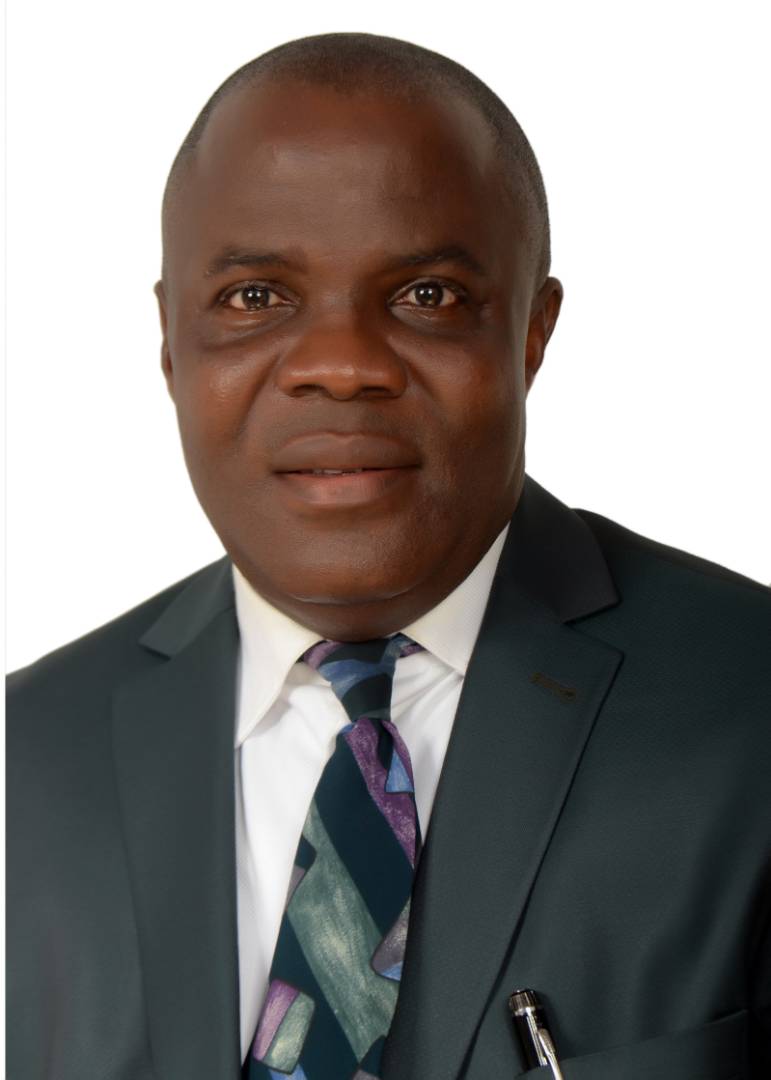 Theresa Dedmon, in her classical work a�?Born to Create: Stepping into Your Supernatural Destinya�? gave a stunning story about mainstream and alternative patterns of living. She narrated that a�?One day a young daughter was watching her mother make a roast for the family. She watched as her mother cut off the two ends of the roast and put it in the pan, along with the potatoes and vegetables. Perplexed by the procedure, the child asked why her mother cut off both ends. The mother smiled and answered, a�?Because thata��s the way grandma always did it.a�?

The next time the child saw her grandma, she asked her why she did this. Her grandma answered that she had cut off the ends of her roasts and baked them in a small pan because the stove she had was so small. Like the girla��s mother, many of us do things a certain way because thata��s the way they have always been done, and we never find out if those things are still relevant today. So leta��s take a moment and think outside the box of what has been done in the past, asking God to reveal Himself to us afresh.a�?

The above story is on the imperatives of shifting from orthodox and mainstream practices that have typified our social, political, economic, and religious lives, etc, to alternatives or conventional practices that ensure avant-gardism. As Frankie Boyle rightly pointed out, a�?a�?alternativea�� and a�?mainstreama�� arena��t strictly to do with whether things are popular or minority interest. They are ideological labels.a�? In every society, sphere of life, domain of human survival and social living, there are certain practices and arts that are considered orthodox, cultural, traditional, and thus mainstream than revolutionary, avant-garde, ultramodern and advanced, and they are always employed with little or no advancement for the society.

Considering the reality about the Imo 2019 political journey and the realism regarding genuine success, as well as the ability of the ruling party (the APC) to continue its hold of apex State power, it is exigent (if the party means to survive) that a quit from mainstreaming in politics be compelled in the party and thus impelling avant-gardism and radicalism, which blossom in indeterminacy and unpredictability.

Similarly, going by the realities of intra-party divides, in-group and out-group skirmishes, bitter bickering, internal strives, backbiting, wrangling, incessant disputes, in-house fighting and power tussles in Imo APC, only the avant-gardism resort or reserved backup in an alternant (which produces the sure alternative to the answer that will fail) can assure the ruling party, APC, its comfortable stand and domination of central power and resource control in Imo State come 2019.

The above are possible, despite observable facts in the ongoing successora��s contention in Imo APC and in Governor Okorochaa��s Rescue Mission camp, (which carries about the greatest percentage of the entire party structures and followership in the State) as the contention and its anxieties prevent easy sail onto his succession come 2019. It is on this backdrop that Mehmet Murat ildan remarked that a�?if you excessively concentrate on a closed door, you may miss the alternative easy entries!a�?

A realistic and unbiased analysis of the trend and tempo of political fronting and projections of the Destiny and Rescue Mission camps of the Imo APC, as well as the deep internal rancour and strives in the party, which toast the sailing boat of the Eze Madumere camp, the Jude Ejiogua��s camp, the Tony Ololo and Uche Nwosua��s camps, etc, it is evident that the fight and rancour have gone beyond the threshold of reparability, amendment, and harmonization that is now being sought.

For instance, it is evident that Uche Nwosu and his wife, as well as Nneoma Nkechi Okorocha, will never propel calm subject status, or peaceful political conviviality and ratification of success possibilities if Chuks Ololo wins the primaries. The Governora��s comment about Mrs Ololoa��s absence in the 31st March meeting (as a confirmation that she has joined her husband to kick the Governor), is a vivid evidence of the struggle and animosity that have grown in the Okorochaa��s in-laws domain of the Rescue Mission camp. Given her intimidating personality and pedigree, Nneoma Nkechi Okorocha in this affront of affinity and supremacy, will never allow Chuks Ololo and his wife to overtake her own daughter and proper in-lawa��s chances, and vice versa for Mrs Ololo and her husband on Uche Nwosu.

On inter-camp tussles in the Imo APC, the forward-thinking Rescue Mission chieftain, Uche Nwosu, will never in life allow Ifeanyi Araraume to overtake him. He is ready to use all resources within his reach, State and personal machineries, to make sure Araraume is fought to grand failure and thus end empty-handed. In similar way, the distinguished Senator, the highest Master of modern Imo democratic ploy and political intrigues, will never ever imagine or permit the overpowering of the apparent political toddler, dominating him in the primaries or featuring for the election proper. This is not permissible in the Destiny camp as he is ever ready to mar his maximum competitor at any given time, with befitting ploys that will verily prove man to be a true maker of history.

In the same way, both Eze Madumere and Jude Ejiogu are ready for showdowns, given their subjugations, supportersa�� reprisals, as well as the ennui and political strives against such suppressions meant to manipulate them. It is getting clearer that they will never allow the emergence of Uche Nwosu, having all been his immediate bosses in same office where he is now, and having had higher ranking experiences and profiles more than the toddler political youth elite, whose affinal links to Rochas and his Orlu zone provenance repel many that admire him . None of them will be ready to take orders from him as the Governor of the State, and thus another polarization mounts. In same manner, Uche Nwosu as a respectable youth elite and worthwhile gubernatorial candidate if not for the equity charter disqualification, will never mellow down for the duo, and thus anarchy looms ahead.

These realties seem to have been prefigured in 1889, when the Irish classical poet, W.B Yeats, in his a�?Second Cominga�� wrote thus, a�?Turning and turning in the widening gyre, the falcon cannot hear the falconer; things fall apart, the centre cannot hold. Mere anarchy is loosed upon the world… The best lack all conviction, while the worst are full of passionate intensity.a�? And this depicts the true position of the present day Imo APC heading to gubernatorial elections come 2019.

The falcon is a bird of prey trained to be used in sports and is reputed with gliding impressively in the air, but tamed and controlled by the Master- the Falconer. But as the bird in its current gyration and gliding, is carried away by vainglory and conceitedness, it no longer listens to or hears the voice and directives of its Master, or remembers where it started, then there is danger and anarchy. First, the Master is furious. Second, the falcon has gone vainglorious and conceited. Third, it wants to outshine the Master. Fourth, it is set to preside over its own liquidation. Fifth, it attempts to prove its soaring excellence and validity outside the schemes of the Master. In all, no Master would like subjugation by its subject. As a result, there will be bitter and deadly fights of ego defence and prestige.

The above situations are what are obtainable in the Imo APC. The falcons have all turned narcissistic. The only one left is the Eagle that the Master has at the entrance of his Parlour- Barr Chima Anozie (Home Base). Like water and the road, he has no enemy and is no enemy to any and does not scheme to destroy or undermine the success-chances of any contestant whom he sees as colleague than opponent. Ndaa, as he humbly calls Sir Jude Ejiogu, Prince Eze Madumere. My leader, he gently reveres Prof Anthony Anwuka, Sir George Ezenna Eche, Ugwumba Uche Nwosu, DCoS Kingsley Chima Uju, etc. My able leader and mentor, he reveres the distinguished Senator Ifeanyi Araraume. My leader he calls Chief Hilary Eke, etc, and respects all of them.

Home Base, now the greatest household name for peace, unity and assurance for success come 2019, is at home and in viable cordiality with all the above. He does not fight, does not believe in in-house fighting, but is the Nwo Oboo Ogu of the Imo APC. As the pacifist, he needs not participate in the fight, but painfully receives the furious blows from different provenances of the aggrieved members. He seems the only person at peace with all, going round secretly calling and appeasing various supporters of warring parties to ensure peace and progress in the house, without letting anyone know, sponsor him or tag his moves as state or party machinery.

A wide range analysis of the belligerent realities in Imo APC since February (which are founded on interests and egoistic visions in the party), would reveal a house that has gathered momentum for producing the nisi ego, nihil ergo! Et nisi ego, nemo sera! (Except I, nothing works! And except I, none will be!). This sort of house could only survive with the emergence of a�?an alternative to the answer that will fail.a�� If not, APC like the ruling party, the PDP of 2007, is in for same similar showdown, grand chute and a�?Broom-exit,a�� and with almost same personalities, similar stage actors, causal replicas and historic re-enactment urging doom in the wide arena of lurking cataclysm.

This has propelled some social analysts in the State to speculate and ratiocinate on possible ways out of the impending disaster. In parallel feelings, some party stalwarts and APC political plinths state-wide, tend to turn their searchlight on Home Base as the only alternative for a harmonised APC, which perhaps may not succeed in its first attempt to produce the Party flag and ticket bearer in the primaries.

In speculative purviews, many anticipate a second harmonisation that will usher in a�?the alternative to the answer that will fail.a�� And this sends the opposition parties in the State to oblivion, as APC therewith regains its power hold of the State. This alternative, many foresee in Home Base. As it stands now, while there are booming movements of power tussles and endorsements, about 68% of well-meaning APC chieftains and stakeholders, have turned away from the mainstream politics of producing the gubernatorial candidate for APC, and have gone in search of the alternative to the answer that will fail- Barr Chima Anozie, in case their fears come to pass. In the view of these conventionalists, Barr Chima Anozie (Home Base) soars in extreme altitude that he seems their reserved candidate to ensure the vivification of both the equity charter and ratification of the bitter bickering in the house.

The analysis sees him as a choice that Ifeanyi Araraume may not frown at, that Uche Nwosu may swallow, that Eze Madumere and Jude Ejiogu will frown at but will not fight against, that Chuks Ololo, Jerry Chukwueke and the undefined ambition of Acho Ihim, would all condole. The permutation is that as a wise, astute and intelligent politician and apex leader in the State, Governor Okorocha has as alternative option: To propel the Imo APC to the a�?Home Base resort,a�� in order to ensure peaceful house and synergy for 2019 gubernatorial election in Imo State. The Imolitesa�� rule on Home Base is like Solange Nicolea��s declaration, a�?Ia��m All about Alternative,a�? and thus the alternative to the answer that will fail.

10 thoughts on “Imo 2019, The Alternative to the Answer That Will Fail”