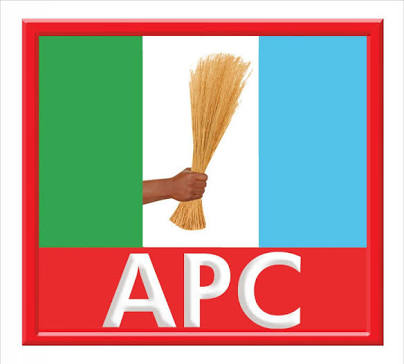 The All Progressives Congress, APC, Imo State chapter, yesterday, slammed an indefinite suspension on two erring members, namely Chief Charles Amadi and Okenze Sylvester Obinna for involvement in anti-party activities and for also failing to honour various invitations extended by the disciplinary committee of the party.

The Party also has announced the postponement of Local Governments Congress previously scheduled for Saturday for Monday, May 14, 2018 .

In a release made available to newsmen, signed by the State party chairman, Dr. Hilary Eke, the postponement of the LG Congress is as a result of series of violent attacks on the party secretariat and officials by hoodlums he allegedly said were led by State government officials.

The statement read in part, ” On Friday, the 5th , hoodlums led by some government functionaries attacked the party office, destroying everything in the state chairman's office and carted away documents and other valuables.

Subsequently, on Friday, 11th May, fire from strange source engulfed the state party office in broad daylight. However, the National Chairman of our party has advised that the LG Congress be shifted to Monday, May 14, 2018 .”

In another development, the State Chairman of APC, Dr. Eke explained that the suspended memebers joined the party few months ago and their activities have largely contributed to destabilizing the party in the State.

According to him; “they have also vehemently refused to honour several invitations extended to them by the disciplinary committee of the party. It has been discovered these individuals are agents of some elements in the party, planted to cause disunity, disaffection and destroy our great party. Since their entry into the party a few months ago, they have engaged in several anti-party activities capable of causing disaffection amongst the party faithful.”

While Obinna had earlier been suspended by his ward for anti-party activities, Amadi is alleged to have been mobilizing for the impeachment of the Deputy Governor of the state against party interests, with other sundry offences that was bothered on working with other political parties to destabilize the APC in the State.