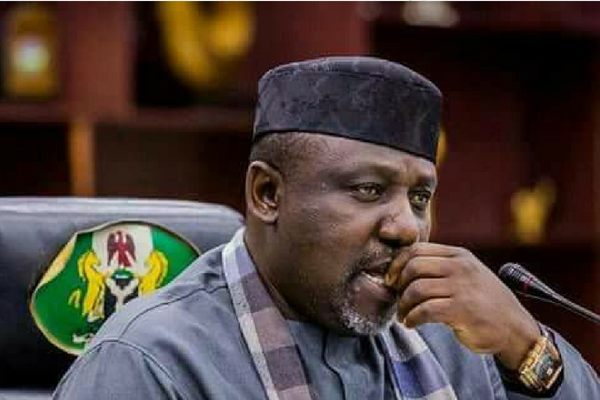 The Speaker, Imo State House of Assembly, Dr. Iheanacho Ihim, has said that there was no impeachment process against Governor Rochas Okorocha.

Ihim, who made the clarification in a statement signed by Mr. Marcel Ekwezuo, his Chief Press Secretary in Owerri on Friday, said the governor had carried out his duties within the provisions of the law.

He described as misleading, the insinuations in some quarters that some members of the House had contemplated instituting impeachment process against the governor.

“His Excellency, Owelle Rochas Anayo Okorocha, has so far conducted himself and steered the administrative machinery of Imo State within the most perceived and glaring ambits of the law.

“No member of the Imo House of Assembly has contemplated, even remotely, the misleading allegation of his impeachment,” he said.

According to him, the impeachment proceedings against any state governor is a constitutional matter but added that it is neither done surreptitiously nor stealthily.

“It is an act done in the open; and no member of the State Assembly has any knowledge of the fictitious and imaginary said impeachment procedure.”

6 Guaranteed Ways To Deal With Snoring