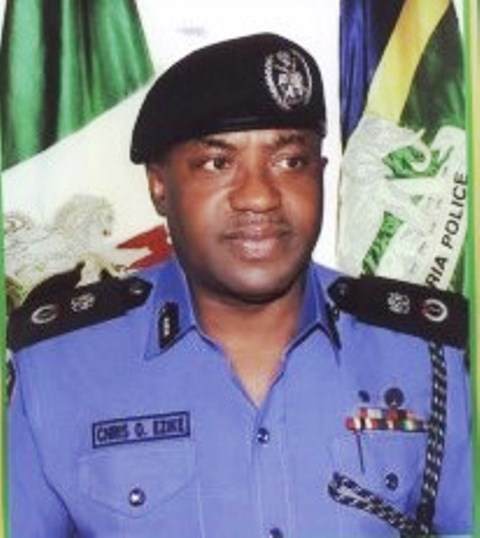 An ancient Greek philosopher, Heraclitus, declared that: a�?there is nothing permanent except change.a�� Thus, all things are in the state of flux, and nothing is permanent except change. Every facet of human life and endeavour faces the constant prospect of changes, which poses wild-range of societal challenges, including crime and insecurity. This universal state of flux makes certain claims on orthodoxy questionable and affirms the assertion that no condition is permanent, not even the state of insecurity that makes citizens unhappy. Such is the state of security and crime control in Imo State since 2012, and most especially, in the present CP Ezike-led Imo Command.

Mr Chris Okey Ezike seems to have some magical wands for policing and crime control. Perhaps he alone best knows the applied strategies for policing that have led to not only abetting crimes, but also to pilot a minimal crime upsurge the Imo community. The Imo police command today enjoys boisterous leadership in crime fighting and policing, which often, one sees the CP himself dressed and ready for field investigations and onslaughts. Oh, how I detest praise-singing particularly to a man that has not reached his peak in his carrier.

However, I must appreciate my fellow human whether or not he has attained the zenith of his carrier but has distinguished himself in the office he occupies. He is such that attracts my praise. To have shown the difference in the office one occupies, he must have worked very hard in line with late Chief Obafemi Awolowoa��s assertion that a�?The man who will not work until it hurts shall not occupy any public office.a�? Shakespeare subscribes to the above allusion when he says, a�?To attain excellence may mean your working yourself to the bone. Be not afraid, work does not kill. Laziness and idleness do.a�? This is the very position of Mr Ezike, the present commissioner of police in Imo state. He has indeed strategically distinguished himself in fighting crime and criminality in Imo State. As a matter of fact, he is a good example of what a real police man should be. An interesting character!

This self-exemplary leadership encourages detectives and crime fighters in the Command as it boosts their morale, as well as plays deterrence role in crime management; since criminals receive the news that the CP himself is personally present and on the move against them. Criminals hardly have even the briefest time to crime-hatch, and officers in the Command always poised to oust out criminals in the State. No wonder William Shakespeare (Hamlet) said that a�?brevity is the soul of wit and tediousness the limbs and outward flourishes.a��

Both the elite and common-man Imolite today wonders the awesome nature of intelligence management in the present Imo Command. There is no gainsaying that classified source-intelligence collection under the present police leadership is very astonishing, such that information collected by specifically covert means, especially for crime and evidential analyses has never failed to yield the desired results that make Imolites not only sleep with their two eyes closed, but to slumber deeply in the comfort of their homes.

I was embarrassed to overhear friendly social analysts and discussants on the present crime-state in Imo, at a function recently, recalling that the manner intelligence products are managed today in the State reveals stable harmonious collaboration between crime analysts in the Command and its intelligence officers. And certainly, this classical approach has greatly assisted the Imo Commanda��s operational management in selecting targets to get rid-off criminals in the State, as well as in guiding investigations for criminal reports and incidents; in addition to shaping and maintaining proper operational supervisions on field officers. Perhaps, these intelligence officers collect, analyse and interpret raw criminal tips, and smartly represent them with recommendations about required decisions or options for action- Which show terrible change and significant development in the Commanda��s intelligence governance system.

Evidently, these positive outcomes of intelligence governance in the Imo Command, would have also failed as with previous Commissioners of Police in the State, if not for the obvious intelligence gathering network which CP Ezike instituted and maintained with community leaders. This too is legacy maintenance and faith-keeping, which makes Mr Chris Ezike the 4th Commissioner of Police in the State since 20 years now, who have maintained such policing network. Previous ones were: CP (now AIG) Katsina, CP (now AIG) Taiwo, and CP (now AIG) Abdullaziz Alli.

Mr Ezikea��s priority in community policing promotes serious partnership between Imolites and the police in the State. As he grandiloquently meant and stated in most workshops and stakeholders meetings, both the police and the Imo community must jointly work to identify modern crime trends in the State and fight to stem them out in order to improve good wellbeing and security of lives and properties in the State. It is on this backdrop that the Imo Police Command actuates and effectuates efficient policing strategies. The Imo CP insists that crime management and control in the Nigerian society is too cumbersome to be entrusted on one agency alone, notwithstanding how ready it might be, and this calls for interagency collaboration in policing crime in the State.

The most satisfying side of all these is the overwhelming police visibility in every nook and cranny needful areas in the State, especially hotspots and pressure points. Perhaps, this ominous police visibility is due to unparallel new deployments of additional police officers in the State. Or perhaps, the ominous police visibility is due to strategic deployment of officers to crisis areas, crime hotspots and pressure points, which are evidences of accurate auctioning of intelligence governance that resulted from proper crime-mapping. If the former are the possible reasons, Imolites remain most indebted to the Inspector General of Police, Mr Idris Ibrahim, for such grand magnanimity. If it is the latter, it behoves to ask if the present Imo Police Command does no longer have its normal inhibitions that needed tremendous manpower for preventive policing as witnessed in the past in the State.

These feats notwithstanding, it behoves to ask here, if it is possible to stem out crimes in Imo State and Nigeria in general, given the gross menace of unemployment ravaging the youths in Imo State and in the entire country? These security feats in Imo absolutely necessitate that the State Government backups the state of security in the State with mass employment and creation of entrepreneurial opportunities for self-employment and empowerment. With the largest number of idle youths in the State gainfully employed, and the tempo of security- remaining stable, Imo will be the safest corner of the country where foreign and local investors would come and invest, and this will enhance rapid socio-economic developments of the State and Nigeria.

Mr Okey Ezike is at his best in crime fighting in Imo State thereby boosting the police image, identity and integrity. He deserves promotion. If we live in a country where hard work is rewarded, Mr. Okey deserves to be promoted in order to motivate him the more. If Police Service Commission rewards hard work, they should use their parameter to measure the success recorded within the short period Mr. Ezike is in Imo and reward him accordingly. He is indeed at his best in Imo state.

Alex Otti Exposes Himself for the World to See

From the Archive: The Audacity Of A Grass-Cutter