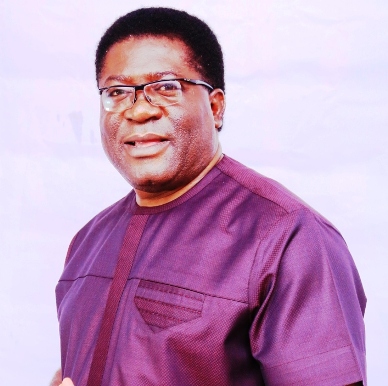 The Deputy Governor of Imo state, Prince Eze Madumere, MFR, has condemned the wanton violence that occurred in Amaike ward, Mbaitoli Local Government Area of the State yesterday, describing the incident as most unfortunate.

He condemned the act that led to the burning of some vehicles belonging to a governorship aspirant under All Progressives Congress.


Prince Madumere warned that violence must be eschewed if any society wishes to make progress. He regretted that innocent people were also said to have sustained injuries during the violent incident.


He totally disassociated himself from the unfortunate incident, while calling on the security agencies to investigate the remote cause of the violent act and ensure that those behind the dastardly act are brought to book.

The number two citizen therefore urged the people of Mbaitoli and the State in general to be law abiding as thuggery and violence are destructive and have never done anyone any good.

Buhari, The Most Qualified Northerner For Presidency In 2019- Group