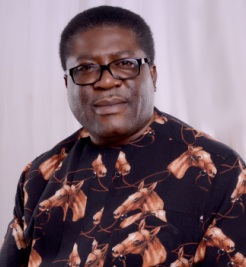 The Deputy Governor of Imo state, Prince Eze Madumere has condoled the family of Chief Rowland Nze of Obilibi Mbeiri in Mbaitoli local government area of the state over the demise of his wife, late Lady Ogechi Helen Nze who was interred on the 21st March, 2018.

Madumere who was grieved by the irreparable loss described death as a necessary end for all mortals, adding that words alone cannot be used to condole the family over the loss.

He described late Ogechi Nze as a woman of substance, God-fearing, stabilizing force and a glory to the family and entire Mbeiri community.

Prince Madumere regretted that Late Ogechi Nze died at a time when her services and wealth of experience are need most, as he prayed God to grant the family the fortitude to bear the lost.

He admonished the children of the deceased to continue with the cherished virtues of their late mother.

Earlier, the husband of the deceased, Chief Rowland Nze described the loss as an open wound, adding that 37 years of their marriage was a blessing to him.

Though the death of his wife has created a vacuum in his life, Chief Rowland Nze pledged to continue to serve his community and stand for the truth, saying it is the only way to keep up with the legacies of the wife.

Late Lolo Lady Ogechi Helen Nze was sixty years of age before her exit from.