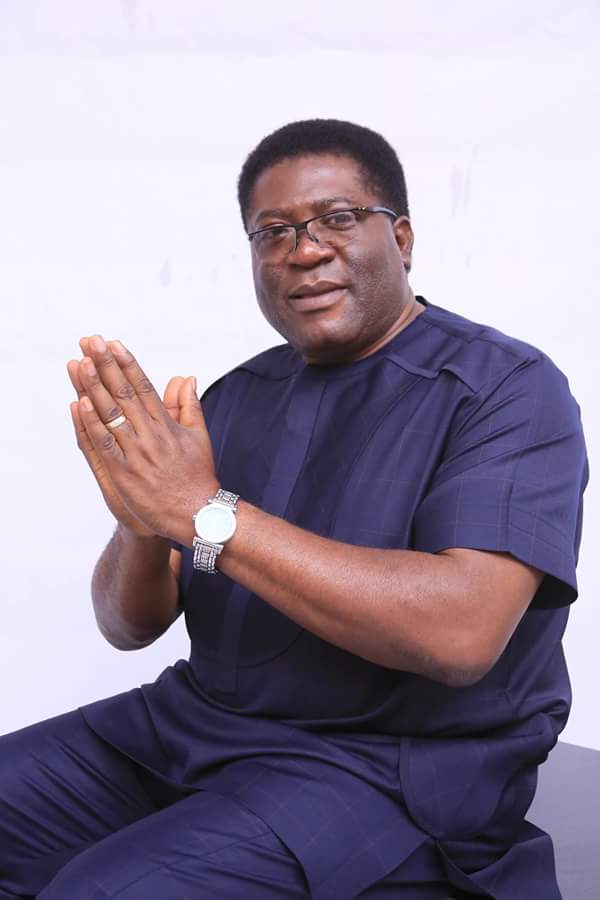 The Deputy Governor of Imo State, Prince Eze Madumere has thrown his weight behind Senator Hope Uzodinma and other high profile politicians who recently joined All Progressives Congress Party, Imo State Chapter, describing their entry into the party as a welcome development.

The number two citizen of the State made the statement, Thursday, while fielding questions from newsmen shortly after a condolence visit to one of his kinsmen in Obazu, Mbaitoli local government area of Imo State.

Prince Madumere declared that the entry of Sen. Hope Uzodinma, Rt. Hon. Goodluck Opia among others into the party is a welcomed development, saying that it shows they have the interest of Imo State and South East at large.

He further remarked that APC is a political platform for every progressive, which also hammers on peoplea��s freedom, good governance and rule of law, submitting that the new entrants are progressives, who he believed have also come to appreciate what APC stands for and its avowed stance for democratic principles.

Prince Madumere who is also the number two leader of the party in the State used the opportunity to urge people of the South East to join APC so as to benefit from its conventional principle, which favours the zone after 2019.

While appreciating the complaints over hardship in the State, Prince Madumere vowed that the party is taking all the necessary steps to fix Imoa��s economy.

He observed that the party has done well in most of the nationa��s strategic sectors like agriculture, building confidence in the business environment and restoring Nigeriaa��s battered image. He also enumerated the level of high quality roads a�� on going dualization of Owerri-Aba express road, Enugu-Abia-Port-Harcourt Express way, repair of Enugu-Anambra express road and the ongoing construction of second Niger bridge by the APC led Federal Government.

He appealed for patience and solidarity for the President Mohammadu Buhari, especially in the area of securing, saying that the ruling party is poised to rid the country of marauders operating under any guise.