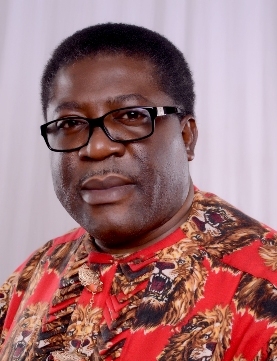 The group through its Coordinator, Paschal Udochi, in a press statement averred that the recent development in the State has proved vindicated them.

The leader of the group revealed that the recent pairing of the Speaker of Imo State House of Assembly, Rt. Hon. Acho Ihim with Governor Okorochaa��s son-in-law has vindicated their claim.

According to the statement; a�?We are aware of the pairing of Rt. Hon. Acho Ihim of Imo State House of Assembly with Governor Okorochaa��s son-in-law, Hon. Uche Nwosu. This development has in no little way validated our revelation of Governor Okorochaa��s wife, son-in-law, a dethroned majority leader of the State legislature among othersa�� grand plot to oust Imo Deputy Governor.a�?

The group therefore urged Governor Okorocha to call his wife to order, adding that she is over reaching herself. The group wondered the paradox of hate that surrounds Mrs. Okorocha and outward pretentious lifestyle of a godly woman.

However, in a twist, Prince Madumere while responding to newsmen on the impeachment saga at the VIP lounge of Port-Harcourt International airport or arrival, yesterday, described it as a mere fallacy. His words; a�?My brothers, I was not in the State when the said impeachment plot was raised. I described such as mere rumour if not fallacious. Many of you may not know my position in this government. I am an integral part of rescue mission government. I have paid my dues and have kept faith with the policies of the government I am part of. I do not believe it. I have not been served. However, when I get to the state, I should be able to know the real state of things but there is no cause for alarm.a�?

Imo polity has been dominated by the impeachment plot against the deputy governor who was said to be on official trip to Abuja with accusing fingers pointing at the wife of the Governor and her son-in-law who was said to have been endorsed by the father-in-law.

PDP Speaks On Cancellation Of Supplementary Election In Bauchi