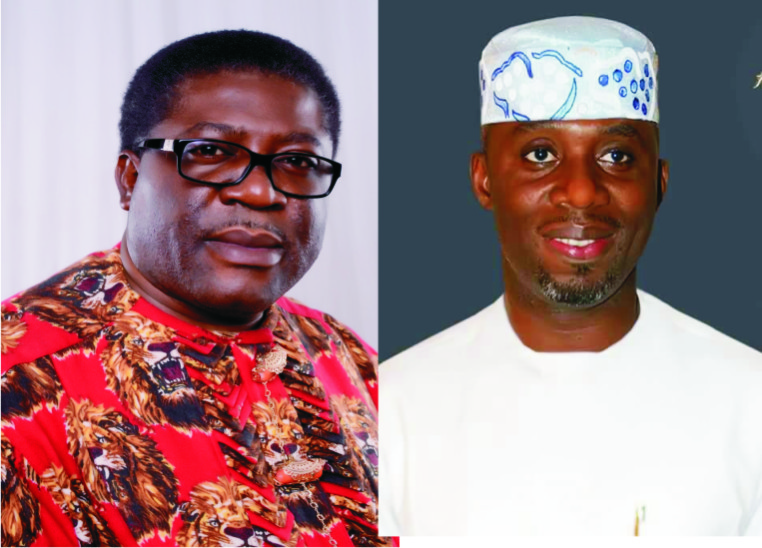 Professionally, it is usually restraining sparring against some folks on some issues that appear quite tempting especially when you are already on the employ of a Chief Executive. This is the raison da��etre I have elected myself to stand in the gap because I really feel for the Media handlers of the Deputy Governor of Imo State.

Their case becomes even more pathetic realizing that the man they work for is a gentleman to the core who is so thorough that he ensures that every word, every coinage and even the implied meaning of every phrase are meticulously vetted before they are released for the consumption of the public.

My attention has been drawn to a number of diatribes authored by some extremely ignorant juveniles who know little or nothing about the relationship between Governor Okorocha and his Deputy, Prince Madumere. Such persons do not have the locus to wade into any issues that concern them. Of course, it will be considered politically incorrect for any a man who claims to be of Rescue Mission family to hire nicotine and cannabis influenced authors of satanic verses for their dirty jobs. This I will describe as idiotic.

I have read past masters in failure and their authorship of incongruous and analytical heresy against the real designer and co-builder of what is being called Rescue Mission of today. Truly, I will not blame these authors but the naughty child behind them, an epitome of buffoonery, who would go out there to tell tales of how powerful he has become to a disinterested audience after having been over fed for his antics. I say because he did not only show early sign of betrayal when he chose to take on his bossa��s daughter who ought to be under his protection.

Putting it succinctly, it is only those who do not know and have chosen not to know that will continue to wallow in the foolish project of attacking, accusing and pointing a finger to an innocent man whose dutiful disposition, integrity and result have brought peace, tranquility and progress to the State.

Yes, the so called Eneke the bird may have filled its stomach and now ready to invite its chi to a wrestling match. It shall surely be destroyed by the heat wave of his chi. I know that efforts have been made to deconstruct history even from strange quarters. While these neophytes keep doing this, the irony is that the self-acclaimed enfant terrible who was more or less spoon fed by the man in the eye of the storm would feel overjoyed, laughing to scorn. The new lord of the manor of unrealistic establishment may have lost his sense of tradition who ordinarily should be a courageous agent to the establishment.

It is a truism that every child ought to grow and become a man of his own but no good child undermines his father. The man in question is nonetheless a son to the man being unjustly crucified because he took good care of him and ensured he was stable while he was still in school. He did not only end it there, he packaged him and delivered him to Owelle Rochas Okorocha. As a worthy friend and disciple who has not been found wanting in any area, Madumere has every right to aspire and to decide what he wants for his future.

Interestingly, why would any hatchet doer agree to be contracted to hang a man who decided the faith of over 80% of the youths in rescue Mission Government including the voodoo governorship aspirant in government house. If I begin to call names of those who are what they are today through the tutelage of this man, it will make a mind boggling revelation to the public.

Pray, why would a lowly person like FCC Jones who has got no address who may have in one way or the other benefited from the same man be sounding insulting. No deference.

For those who may not know, Madumere has paid his dues. He founded the regime, which most of these very junior adhoc staff like FCC Jones feeds from. Pray, why would Nwosu, a church rat be pointing a finger at Madumere in whatever guise? This shows the kind of Governor he would be in his symptomatic malaria dream. This new kid is driven by inordinate ambition laced with hate, envy, vendetta and above all arrogance.

My question is; can any sane person compare Madumere with Uche Nwosu in any facet of life except ill-gotten money drawn from the blood of Imo people.

For over two decades, Prince Madumere denied himself of everything personal and self-serving interest, lost the better part of him, focusing on the bigger picture. He pursued it with vigor and passion, mentoring and making men. He lost his freedom that his principal may be spared. How dare this notorious boy by name FCC Jones spew a word about Madumere. Let him be warned that the earlier he retraces his steps, they better for him.

It is foolhardy reading some of these goons juxtaposing Madumerea��s boy against him. This is the most ridiculous approach to marketing I have ever seen. Nobody can change the history. Not even magicians from Indian Ocean can thwart what has been ordained by the hands of the Almighty.

While it is not out of place for anyone to aspire for whatever political office, it is also important that sycophants around the wonder timid kid limit themselves to their pay masters. It is also important that they realize that it is the place of Imo people to decide and not even a load of pre-arranged endorsements, men on the horse back and granting amnesty to criminals can deter them from choosing their Governor come, 2019.

More words for these gangsters; Nobody and not even an Indian houngan can blot out the zoning principle of the State away. A word, they say, is enough for the wise.

I am still in PDP: Senator Ike Ekweremadu