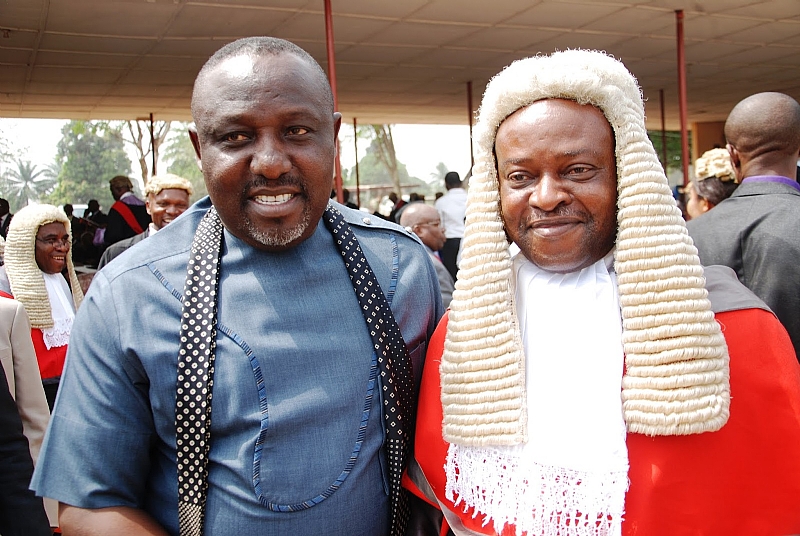 Imo Polity, at present, is at its highest melting point with the continual political fireworks being experienced in the State over the raging impeachment saga against the Deputy Governor of Imo State, Prince Eze Madumere.

While the Chief Judge may not be deterred from doing his statutory duties, as the number one judicial officer of the State and as a Justice held in a very high esteem, the public opinion is against the impeachment proceeding against the Deputy Governor, following reported spurious claims advanced by Acho Ihim led House of Assembly.

Some sections of the public have questioned the integrity of the members of the panel as no one can vouch for them, thereby throwing up question of the motif and transparency.

According to the reports, it was alleged that the Chief Judge despite the originating summons on him by Prince Madumere’s lawyers led by Chief ken Njemanze (SAN) over the procedures, which lacked due process as required by law. Worries expressed by Imolites are hinged on his choice of setting aside the court summon in his court from Madumere’s lawyers over the non-mandatory personal service of Prince Madumere. The service was said to have occurred on July 11, 2018, the Chief Judge chose to act on substituted service of July 16, 2018, setting aside a legal challenge over the initial service to avoid seven days constitutional time frame within which the Chief Judge must set up 7 Man Panel of inquiry.

It was revealed that the panelists are wholly unknown to the people while the Chairman may face objection to his status required by the Constitution as “Unquestionable Integrity”, following his said calm and quiet life style, thereby throwing up question of extraneous influence and vulnerability since little or nothing is known of his nuances.

Unconfirmed reports also alleged that Governor Okorocha selected four of the panelists, an idea Imolites seem to be utterly condemning, saying it would only create a kangaroo panel short of fair hearing for the Deputy Governor.

The atmosphere in the State is over-charged with rancor and anger as Imo citizens are calling on Madumere to ditch the All Progressives Congress if Governor Okorocha’s sponsored kangaroo impeachment proceeding continues unabated.