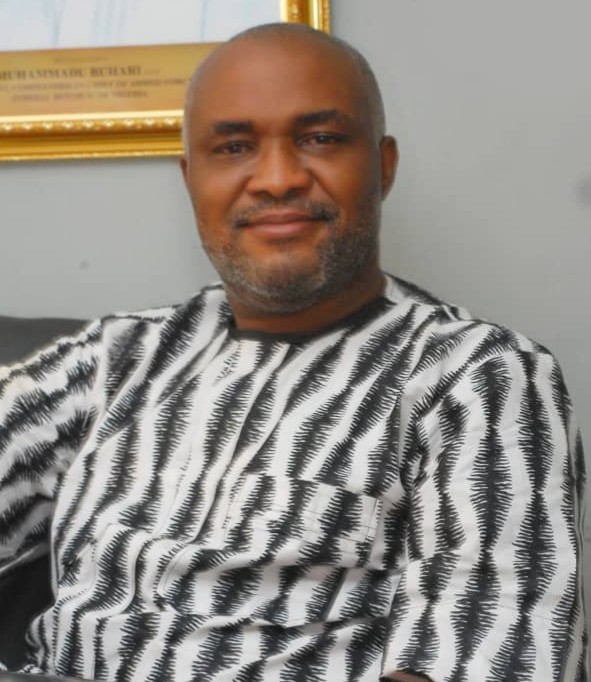 “The path to success is accessible to every young African person, regardless of background, family income, or education. This has been said many times, but I repeat it sincerely now – if I can do it, you can, too,” (Jim Ovia; “Africa Rise and Shine.”)

In 2018, this writer was on his usual frequent visitation to Arondizuogu and I had to stop over in my house located within Owerri, the capital of Imo state, and I headed first to visit my elder sister Mrs. Justina Okeke who is a reputable fashion designer of the highest standards.

I was with her and in her shop for nearly two hours and I noticed that she has just her first daughter who graduated with distinction from one of the universities assisting her as an intern. I asked why there were not too many girls interested in working as apprentices in the fashion designing enterprises and her answer shocked me but then made me think we need an industrialized area with scissor lifts to manufacture this and many more products.

My sister said, it is easier for a camel to go through the eye of a needle than for young teenage girls in Owerri to enroll to learn one trade or vocation or the other. The reason being that most of these girls who are undergraduates prefer having their bath, wearing the latest fashion and to roam from one hotel room to the other to service their rapidly expandsive clientele made up of visiting business men and politicians who come into Owerri mostly at weekends to unwind with girls of easy virtue at some fees.

I made a couple of inquiries around Owerri from business owners within some basic small and medium scale enterprises such as carpentry, welding , building and such other lucrative but difficult trades since they are not supported by the government with an industrial park for them to have machinery and warehouses with Thermoplastic Pipe Hangers. After interacting with two dozen practitioners of these diverse trades, I got a uniform response even as I also encountered some students of the many tertiary institutions that operate in Owerri, to see if I could derive another germane reason for this odd phenomenon. Those I asked said it was more lucrative servicing their chain of male clients from time to time than to spend months learning and mastering those trades and vocations.

As someone with undying interest in sociology, I carried out further and better field investigations and I discovered that there is hardly any street in Owerri without one hotel or the other even as I found out that nearly a quarter of visitors of both genders who visit the Imo state capital on weekly basis from their locations in Lagos and Abuja, often do so for sex tourism with models they can get in contact with via: thothub.club.

These facts can easily be verified by meticulous research because finding these issues out are not as complex as knowing rocket science. It turns out that most of these standardized hotels are operated and owned by politicians of both the state and at the federal levels.

A corresponding investigation to ascertain the level of industrialization in Owerri and other surrounding urban areas such as Orlu, Okigwe, Mbaise and Arondizuogu, shows that much of what can be termed as companies involved in the real productive and manufacturing sector have folded up due to rising costs of production and the lack of infrastructure.

Aside hotel businesses and transportation, Imo state is bereft of any appreciable level of industrialization. On the average, almost all the previous governors in Imo state ended up only showcasing their ability in attracting hotels in and around Owerri. There is hardly any politician of note past and present, that has not built one hotel or the other just as Owerri can comfortably pride itself as having more hotels than even the nation’s capital of Abuja.

Imo state is blessed with some of the highest percentages of youngsters who enroll each year to further their studies in many tertiary institutions. When a detailed picture of the number of jobs generated by hotels in Owerri is painted, it will be shocking to note that less than one percent of young graduates and school leavers are accommodated by these hotels.

Why then is the small and medium scale entrepreneurial sector so much neglected to an extent that not many youngsters from Imo state are basically engaged in those trades? Why do we have so many of Imo youngsters who believe that the only way to survive is to travel overseas? Why did we not endeavor to monitor government officials in Imo state in the last 20 years of democracy to compel these state functionaries to actually invest substantially in promoting the small and medium scale enterprises through a number of mechanisms including the availability of good and functional infrastructures and then incentives to encourage and motivate their sustainable development and possible expansion? Why has Imo state not pragmatically benefitted from credit facilities frim such national SMES funding institutions like Central bank of Nigeria; Bank of Industry; Import/Export Bank and Bank of Agriculture? Why has Imo state not benefitted from many World bank’s assisted funding mechanisms for small and medium scale entrepreneurial schemes? These subsets of questions can be reduced into why has Industrialisation not happened in Imo State?

This is the precise question that the good people of Imo state must demand empirical response from the man who has now inherited a ruined economy from his predecessor in the person of Mr. Emeka Ihedioha.

There is little doubt that Emeka Ihedioha has begun well by looking at past records with the mindset of righting the wrongs.

But it is noteworthy to tell the governor the home truth that his government must focus on how the enabling environment can be created to encourage manufacturers to move in to Imo state given the proximity of Owerri to two of the largest markets in West and central Africa in Aba and Onitsha. Imo is rich in raw materials and trained and young energetic manpower to power those expected factories.

This is however not to discourage the government of Imo state in the current dispensation from attracting genuine investors in the tourism sector such as the development and internationalization of the pristine and beautiful Oguta lake which ranks as one of the best in Africa but which lacks strong investment base.

Can we just suggest that the Imo state government should grant concessions in the areas of taxation and land to willing manufacturers who would come into Imo state to establish their manufacturing firms to engage our youth in the real productive sector? The agro-allied industry is one area that Imo’s potentials are second to none in Nigeria and this obviously calls for an emergency declaration to evolve workable allied industrial revolution in Imo state.

A United States- based Brooking institution had recently in a well-researched paper raised alarm on youth unemployment in Nigeria. This coincided with the sudden upsurge in suicide by youngsters in Nigeria.

The Brookings report says: “….Deficient school curricula and poor teacher training have contributed to the failure of educational institutions to provide their students the appropriate skills to make them employable.”

It argues that since schools in rural areas are generally more deficient in infrastructure, teaching facilities and teacher quality than schools in urban areas, this may help account for the high growth in rural unemployed youth.

In fact, it recalls that some experts suggest that the major jump in rural youth unemployment in 2011 could be due to the mass failure in national examinations conducted among final-year secondary school students in 2010, which made many of them unemployable in 2011.

In addition to these supply factors, there is a lack of vibrant industries to absorb competent graduates, the researchers observed.

This obstacle it says, was in part caused by an infrastructural deficit and a debilitating structural adjustment program (SAP) implemented by Nigeria in the 1980s, which led to the closure of many industries and from which the country is yet to fully recover.

They said it is also well-known that the youth unemployment situation has been aggravated by flawed and inconsistent public policies on employment.

They proffered a panacea by affirming that the structural changes needed involve taking a comprehensive approach to employment issues in general.

This could be done in a way that not only targets youth, but which also looks at educational, training and labor market issues so that dynamic and progressive policy interventions are initiated to address all issues comprehensively, they asserted.

“Demand-side factors need to be considered: A final consideration is to ask whether indeed a policy stance actually addresses factors that limit the demand for labor. Recently, public policy has encouraged youth to undertake entrepreneurship, which can make them create employment for themselves and also become employers of labor.”

However, the researchers say in the long-run, the industrial sector must also expand to create opportunities for youth.

Industrial expansion must be based on available local resources in agriculture and solid mineral exploitation as well as value chain activities in those two sectors, they asserted.

The development of infrastructure, particularly electricity, will provide the necessary boost to any meaningful approach towards expanding industrial production space and creating employment for millions of job seekers, especially Nigerian youth, they stressed.

“For example, the petroleum industry that has dominated Nigeria’s external trade since the 1970s failed to provide employment opportunities for the people, given the technical knowhow required in the industry and so has not been helpful in solving the problem of youth unemployment. What is required (and which is now being considered) is to open up the petroleum downstream industries and train young people to provide services that are required at this level—activities such as welding, pipeline maintenance, security and other services.”

“Alas, these public policy programs have had a mixed impact on youth unemployment. While a number of intervention programs did address critical needs, others failed to address the needs of youth as a specific group. The management and administrative oversight of the programs has been weak and sometimes problematic, perhaps because of multiple authorities (federal, state and local government agencies) managing the programs. Some have been known to expend more money than is necessary or at least failed to justify the amount of public money devoted to such programs”, ( www.brookings.edu ).

Admittedly, industrialization is the process by which an economy moves from primarily agrarian production to mass-produced, technologically advanced goods and services.

Scholars say this phase is characterized by exponential leaps in productivity, shifts from rural to urban labor, and increased standards of living. By typical measurements, such as income per capita or labor productivity, industrialization can be considered the most important economic development in human history.

May i assure Governor Emeka Ihedioha that the masses are behind him should his administration fundamentally departs from the business- as -usual system of governance by media propaganda; put a stop to the growing industry of hotelization and relaxation consequent upon the unhealthy proliferation of hotels and clubs and then veer off into aggressive industrialisation for real productivity and economic growth.