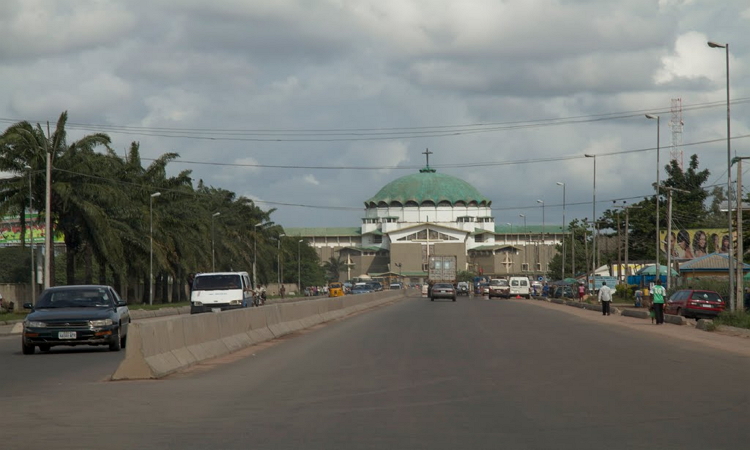 Akudo was forty when her diabetes became serious. Critically ill, she fell into a coma and was rushed to a hospital. In the hospital, amid a flurry of attempts to save her life, she was suddenly not breathing. Her kid brother stood alongside the bed watching the nurses struggle to revive her. Hours later, she returned to her physical body, she did not die. A monitor was recording her vital signs and she was in the intensive care unit of the hospital. Mama Akudo was asked to deposit certain amounts of money before they will continue treatment on the patient. For a long time, some of our medical doctors have been known to be more interested in money than saving the lives of their patients, even when it is an emergency. A certain aide to the governor of Imo State who hails from Egbema was approached to assist the Akudo family but he did not give the family a listening ear. An act of divine love can be as simple as listening to people tell of the heartaches which have crushed their dreams. What you give to another of God’s creatures will return to you as a blessing through grace of the divine spirits. But this aide to the governor who is currently aspiring to represent Ohaji/Egbema/Oguta/Oru West at the national assembly sent the Akudo’s family away. Here is a man who has been using charity works as campaign rhetoric. The Akudo story and many more make me shake my head when I see this man who is living on a lie with humanitarian garb. I have since known that he is not charitable as he claims in the media. This is one thing with election and emergency philanthropists.

Recently, I watched this same man walk as if he was jogging along the road in one of the communities in Egbema. His tall frame was moving up and down with each thrust of hip and leg. He is a man who has run afoul of powerful political enemies in Imo State and even traders, Keke riders, land owners and Imo people in general. They say he is the man behind the moribund condition of ISOPADEC and also behind the failure of the commission in addressing the crisis of power shortage in the oil kingdom. Some say he was the man who led thugs to destroy Ekeukwu –Owerri market. Others say he is the one who controls the thugs use by the Owell Rochas Okorocha’s government in intimidating political opponents. Around him in the Community where he went for political consultations were eight men, four slightly in front, and four slightly behind. They were fit and active and all eight had to slow down their normal pace a bit to match his. The eight men were wearing matching black running suits. I also noticed uniformed policemen and some tattered looking boys following him. He could be in his late forties but he looked older. He was in the community, promising the people heaven and earth. I hate deception. I hate people who make promises they know they are not going to fulfill. When you succeed in deceiving the masses, you exploit that trust, using the people for your own ends. In every domain of life, such betrayals weaken or destroy the trust relationships essential to our vital institutions.

The position this man from Egbema is eying is currently occupied by Rt Hon Goodluck Nanah Opiah. There is really no need to bring him or any one currently aspiring for this position in any comparison with Opiah . Rt Hon Opiah enjoys very impressive legislative experience. Legislation is not hooliganism. It would be a waste of our precious time sending neophytes to learn the ropes when we have someone at the National Assembly who put up a superlative performance in his first four years. He has to be allowed to spend another four years to complete the good works he started. Our elders, women and youths know that the reward for good work is more work. This is why we cannot change the winning team. Intelligence, peace and hard work are part of leadership and Opiah has displayed them. Making money or self enrichment should never be the criterion for aspiring to go to the House of Reps. Those parading thugs around and dragging the image of the oil kingdom through the mud have nothing to offer. They failed to deliver on promises when they held sway in the state. They do not care about honesty. Their value is seen not in what they deliver but in how they terrorize the state with thugs. They are no leaders.. Our constituency is not for thugs and miscreants.

I have said it several times that we have good men in all walks of life. Good men in sports, medicine, politics, music. We have good men in our classrooms, marketplaces and on the boulevard of life. We have men and women who inspire people, men who work like divine agents, putting smiles on the faces of the people. Opiah is one of such men. He is cool-headed, principled and ideological driven. His outstanding records during his time at the Imo State House of Assembly and in his first tenure at the National Assembly are there for everyone to examine. As a lawmaker, he has proved his mettle. He has made the people of the oil kingdom proud. He remains the choice for Ohaji/Egbema/Oguta/Oru West Federal Constituency in 2019. Anyone fighting to prevent him from getting a second tenure is fighting against the wish of the people and will not succeed. Vox Populi, Vox Dei(The voice of the people is the voice of God). Surely, the people of the oil kingdom will be sending Opiah back to the federal house in 2019 to complete his good works. Legislative business is serious business. Ohuba,Umuagwo ,Umuapu , Awara/Ikwerrede and the entire Ohaji are solidly behind him. Egbema communities, Oguta communities and communities in Oru West are solidly behind him. His political structures at the grassroots are second to none. Youths, elders, women and children roll out drums to welcome him wherever he goes in his constituency citing his achievements when he was a Speaker and achievements at the National Assembly as well as his love for his people. Uzo di nma agaya ugboro abuo!