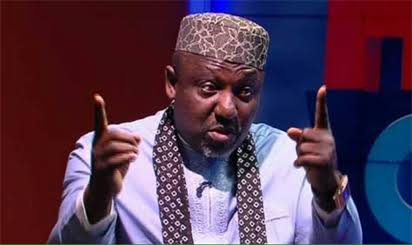 The concept of morality in politics is a very interesting and super flux topic to engage in, especially in Africa and Nigeria in particular, and specifically in Imo State. That is why Susan Mendus said a�?writing about morality is difficult even if it is clearly defined. If it is not, the task is impossible.a�?

The reason for the difficulties is captured by Carter Eskew, when he noted that a�?politics is not a profession that encourages moral reflection or insight. a�?The ends justify the meansa�� is good enough for most practitioners. But every now and then, you see someone in politics who raises the questions that confront many of us at some point in our lives: Are we living a moral lifea��? Are we encouraging the voice within that asks us to help more than hurt?a�?

a�?To be or not to be,a�� that Shakespearean Hamleta��s question has turned its focus in Imo politics. As George Orwell remarked, a�?In our age, there is no such thing as a�?keeping out of politics.a�� All issues are political issues, and politics itself is a mass of lies, evasions, folly, hatred and schizophrenia.a�?

Politics is ubiquitous in societal living, and morality also has strong impacts to play in politics. It encourages justice, equity, unity, peace and security in the society. It is on this backdrop that David Kelly remarked that a�?the impact of morality on politics is obvious for many of the issues on the political front burner today, such as sex and violence in popular entertainment, or the alleged decline of a�?family values.a�� But these are just the tip of the iceberg. To understand the broader and more pervasive impact of morality, consider another issue on the front burner: Social Security reform.a�?

A nationa��s political trends for David Kelly a�?are governed by several factors- The state of the economy, the vested interests of politicians and bureaucrats, the attitudes of the media, and many others. But the fundamental factor is moral: The beliefs people have about right and wrong, good and bad; their aspirations for their lives; the virtues they practice and vices they denounce; the responsibilities and obligations they accept; the things they feel entitled to; the standards that govern their sense of fair play; the ideals that shape their sense of what is worthy.a�?

Let us take up for instance, the sense of fair play as a salient value of morality in politics. Fair play centres on proper conduct, conduction that adheres to the rules or that is just and equitable. This concept and its implications are lacking in Imo politics and has become a disputable disposition, especially with regards to the maintenance of the Imo charter of equity for power shifts and rotation in the State since its creation and especially since 1979 when democracy began in Imo as a political entity.

The sense of fair-play in the maintenance of power shifts and equity charter in the State has been trivialized. As such, its importance and value have been reduced, and it appears a joking matter that borders the senatorial zone(s) that is not opportune to cling continuously the apex political stool in the State.

One columnist I read early this year, in February, Stanley U Okoroji, noted in his article on Imo zoning politics and charter of equity, that a�?zoning, its morality and the claims of equity charter are species of natural justice, and that whether the concept of zoning is on a�?what ought to bea�� or on a�?what it is,a�� they are all called categorical imperatives in the Kantian morality.

One major reason Imo State has failed in politics is that its leaders and Imo politicians alienate morality from politics. Morality in politics as seen above, concerns justice and equity, and the present crises raiding Imo State today and its political parties are as a result of the absence of morality in politics. The politicians believe like Vladimir Lenin that a�?there are no morals in politics; there is only expedience. A scoundrel may be of use to us just because he is a scoundrel.a�? This mindset is predominant in Imo politics as the greater percentage of the politicians in the State believes like Niccolo Machiavelli that a�?politics has no relation to morality.a�?

The emphasis is on pragmatism, feasibility, usefulness, appropriateness, and advisability of political interests and ambitions, given focal political ambitions that have strong aversions for fairness, equity and justice. It is on this preference of expedience to morality that caused the trivialisation of power shifts among the component three senatorial districts in the State.

Consequently, this has resulted to the imbalance in rotation of which zone takes over producing the Governor of the State. Of a truth, power rotation in the State as entailed in the equity charter is not legal, but morally just. What is morally just is equitable and entails fair-play, but might not be illegal, but could instead be legally right. On this note, every gubernatorial aspirant from any of the three senatorial zones- Okigwe, Orlu and Owerri, is legally right to contest, as it is a universal human right. It is on this note that despite the equity charter in the State, aspirants from the zone whose turn it is not in the charter come and contest always, and in most of the times they succeed and become Governors of the State, and thus the continuation of the trivialisation of the implied fair-play and justice in the rotation of governorship in the State.

To this effect, it is evident that constitutionally, all the contestants are qualified to contest for the post. Zoning, charter of equity and rotation of governorship amongst the three senatorial zones pertain to the moral than legal. It is morally just and not legally just. That is the reason why everybody clamours for Owerri and Okigwe, and not Orlu.

According to the constitutional provisions on electioneering, everybody has right to contest, even Orlu zone, and even a seating Governora��s wife or son is legally right to contest. But this constitutional provision is political and needs the accumulations of moral principles to make for fair-play, equity and justice. Consequently, it is imperative that Owerri zone appeals to the conscience of Orlu zone to ensure the maintenance of the equity charter, since conscience is the domain of the moral.

Thus, Owerri zone needs to make the necessary leadership and see if Orlu zone can accept not to run for the 2019 gubernatorial election; it is not by force but by appeal. The elder statesmen in Owerri zone need to cooperate in the mission of appealing to Orlu and thus save the zone from the continual trivialisation of the equity charter in the State.

More so, Owerri zone has to put its house in order. The multiple candidates from Owerri zone makes their claim on the equity charter another matter of trivialisation, as it is comical and amazing the unending surge of gubernatorial aspirants from the zone. It shows it lack of internal unity and their inability to actualise single purpose by hosting and maintaining a united front, focus and methodology for its actualisation. For instance, in INEC record at present, Owerri zone has the highest number of registered voters, meaning that if the zone puts itself properly in order, they can cling the position.

NOTE: Orlu zone is willing to negotiate with either of the zones to maintain equity and political fair-play. Owerri zone needs more re-organization than Okigwe zone. The political fathers should come together on a round table discussion to give direction, if this is not done Orlu zone may continue in 2019. Owerri zone should sit-up.

I will never please my children at detriment of Nigerians: Buhari