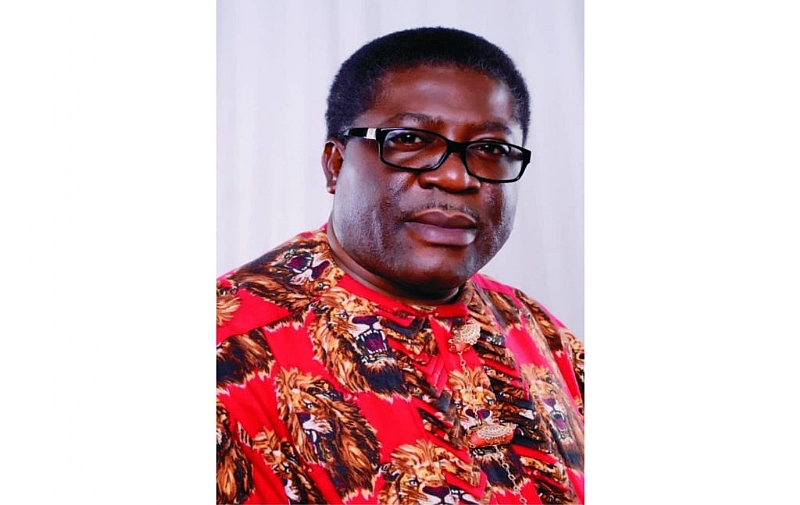 It was drama in Imo State State Government House as Imo Judges refused to participate in the swearing-in ceremony of Governor Okorocha's newly nominated candidate, Mr. Clasitus Ekenze, for the Office of the Deputy Governor following restraining order of the court served on the Chief Judge and other parties involved in the Deputy Governor's impeachment debacle.

This was announced at the floor of Sam Mbakwe Expanded Executive Chamber by the Attorney General of Imo State, Chief Miletus Nlemadim after a long wait of the government officials and family members of Mr. Ekenze.

It will be recalled that the Presiding Judge of High Court 8, Imo High Court, Owerri, Hon. Justice Benjamin Iheaka, yesterday, in his ruling on the request of Prince Madumere's lead Counsel, Chief Ken Njemanze (SAN) for interlocutory injunction restraining the parties involved in the process of removing the Deputy Governor from the office, had submitted that for the sake of justice, the request was well placed. Justice Iheaka thereby granted an Order restraining the Chief Judge, Speaker and members of Imo State House of Assembly including the 7 Man panel from further action until all matters that bothered on the constitutionality of the processes were determined.

In defiance to court order, Speaker Acho Ihim faction of the lawmakers loyal to Governor Okorocha who could not even make up a quorum in Nicodemus manner purportedly impeached the Deputy Governor even as newsmen were refused entry into the chambers.

The Attorney General of the State, Hon. Nlemadim, who was present in the court when Justice Iheaka made a restraining order, knowing the dire consequences of the exercise of swearing-in of the purported nominated candidate of the Governor, which is tantamount to illegality, was said to have prevailed on the Governor to rescind his decision.

The development, has brought some relief in the polity as people were seen discussing in groups.

It will be recalled that Governor Okorocha's grouse against his Deputy was alleged to have been hinged on his blantant refusal to support his son-in-law, Mr. Uche Nwosu for governor, and other sundry issues that bother on policies and their negative effect on the people.

Again, Prince Madumere was said to have insisted on power shift to Owerri zone against having a son-in-law who is also from Orlu zone that has ruled the State for about 16 years.