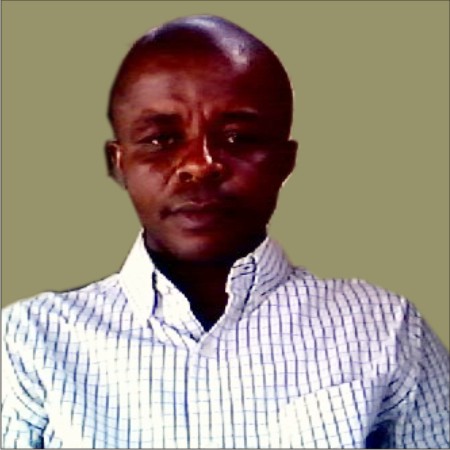 For a very long, I did not deemed it necessary to unravel what these words of wisdom by Martin Lurther King Junior connotes till the current travails of Donald Trump, who recently became only the third president in American history to be impeached by Congress following the lengthy debate on Wednesday afternoon, sparked by a whistle blower complaint about Mr Trump’s 25 July phone call with Ukraine, in which the president was accused of demanding political investigations into one of his 2020 political rivals, Joe Biden. And now has his fate hanging in the balance.

Though tragic but looking at the degree at which Trump’s administration has presented democracy to riddle, stripped good governance of its essential values/ingredients,-particularly accountability and transparency, demonstrated disregard for the Civil Society Organizations, worked against Independent media and free flow of information, it was obvious that no penance would ever expiate the sins Trump’s administration has committed against free government of the states and the world at large.

However, I neither envisaged it coming this soon nor contemplated it occur via undemocratic means.

For a better understanding of this piece, it must be stated that the above conclusion was not necessarily based on recent reports that found Mr Trump culpable of “persistent and continuing efforts to coerce a foreign country to help him cheat to win an election and present danger to free and fair elections and to national security, or because of his reported scheme to subvert US foreign policy toward Ukraine and undermined national security in favour of two politically motivated investigations that would help his presidential reelection campaign,Rather, it is a decision arrived at after reading two sets of piece which will form the plots of this opinion article. First, is with the title; Warning; Trump is a danger to Africa and the world’s health, authored by J. Bolma Rogers, Principal Consultant at Media and Event Management, Oxford (MEMU), published by the Guardian Nigeria Newspapers of Thursday 29th August, 2019, and the second;, Trump’s Assault on the Global Trading System, co-authored by Chad P. Bown and Douglas A. Irwin, and published by the latest edition of a well respected American Journal, Foreign Affairs.

Fundamentally, Bolma Rogers, in that report explained that as America gears for the 2020 elections the country and the world must be bracing to see if we are going to be subjected to another four years of somebody who is not only unfit to hold its highest office but a man who is a danger to his country and the world. Adding that in the years since he announced his candidacy and his election Trump has demonstrated that he is, as Obama and many other pointed out, a danger to the health of America and the world.Trump’s recent statements and policies have severely damaged race relations and encouraged and emboldened racist attacks. America’s democracy, the Republican Party, the environment, the economy and the country’s image in the world have been severely impaired.To drive his argument home, he recalled a situation where Trump was basking to cheering baying crowd chanting ‘send them back’ referring to four members of congress, three of whom were born in the U.S, an event eerily reminiscent of Nazi German almost a century ago.

Before characterizing the above as indicting, wait till you cast a glance at the next paragraph where Chad P. Bown and Douglas A. Irwin detailedly stated the litany of how President Trump against all known logic and without provocateur from any quarter, drew battle lines with the wider world by going into ‘pointless renegotiation’ of the global trading system- a development that made foreign governments to believe that the United States was willing to abandon the established norms of trade policy.

In that piece, the duo essentially underlined that the first two years of the Trump’s administration featured a pitched battles between the so-called globalists(represented by Gary Cohn, then the Director of the National Economic Council), and the nationalists(represented by the Trump’s advisers Steve Bannon and Peter Navarro). In the mid 2018, the leading globalists left the administration and the nationalist’s the President among them were in command.

Continuing, they noted that Trump has a highly distorted view of international trade and international negotiation. Viewing trade as a zero-sum, win-lose game, he stresses one time deals over ongoing relationships, enjoy the leverage created by tariffs and release on brink man ship, and public threat over diplomacy. The President had made that he likes tariffs (‘trade wars are good and easy to win) and that he wants more of them (I am a tariff man). Trump also went so far as to impose tariff on steel aluminum import from Canada, something that even the domestic industry and labour unions opposed. Over the last 30 years, the US steel and aluminum industry has transformed to become North American industries with raw steel and aluminum flowing freely back and front between Canadians and the US plants.

As the subsequent paragraphs further will reveal, there are more instances of the abridgment of the freedom of the people and gradual encroachment to the global economic activities by President Trump’s administration.

As an illustration, Trump threatened to leave the WTO, something his previous actions suggest in more than idle talk. He says the agreement is rigid against the United States. The administration denounces the WTO when the organization finds US practice in violation of trade rules but largely ignores the equally many cases that it wins. Although the WTOs dispute settlement system needs reforms; it has worked well to defuse trade conflicts since it was established over two decades ago.

Trumps attack on the WTO goes beyond rhetoric. The administration blocked appointments to the WTO appellate body which issue judgement on trade disputes. The dispute settlement system is not perfect. But rather than make constructive proposals for how to improve it, something Canada and others are doing, The United States is disengaged. The Trump administration may end destroying the old system without having drafted a blue print for its successor.

What is in my views most troubling about the narrative is that the Republicans are becoming reputed for arrogating to itself the power to ignore the legitimate legislative directives and act free of check of the judiciary; relegates the fundamental human rights and international relations.

As it could be recalled that President George .W. Bush(re Republican), a president, in similar style, in the name of security, attempted to relegate the congress and the courts to the sidelines and replace the democratic system of checks and balances with an unaccountable executive.

14 thoughts on “Impeachment; Trump, Lawmakers and the Rest of Us”