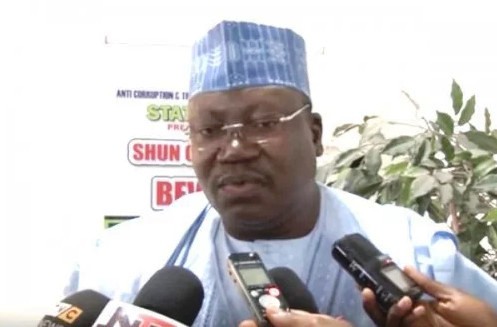 The federal republic of Nigeria is facing a government shutdown should the National Assembly decline to reconvene to strike a deal over approval of foreign loans, according to Senate leader Ahmed Lawan.

Lawan, after meeting behind closed doors with the acting president Yemi Osinbajo, said that the Senate recess has made it impossible for the Upper Legislative Chamber to consider requests for the external loans by President Muhammadu Buhari to fund the budget, as the 15 to 20 percent from federation account can no longer fund capital projects.

The phrase “government shutdown” rarely crops up in Nigeria, and now it’s rearing its ugly head.

According to the Senate leader, government is grinding to a halt as a result of the break, couple with the face off between the executive and the legislature.

Ahmed who lamented that the September 25th resumption date was too far “Our government is almost stalled”, adding that the non- Passage of the Virement and Supplementary appropriation sent to the Senate by the President was frustrating the activities of the government

He also lamented the inability of the Senate to consider and approve funding request for the Independent National Electoral Commission, INEC, saying that it will hinder efforts of the agency to effectively plan for the 2019 general election.

“Whatever our differences are, we must make sure that Nigerians are not allowed to suffer. We have our budget suffering because we are not able to pass these requests”

The Senate Leader denied knowledge of previous plans to break into the Senate Chambers by some Senators, saying that “There are processes for gaining into the Chambers.”

He however hoped that Presiding officers of the Senate will see reasons to have a change of mind and reconvene as soon as possible, adding that “I hope they will see reason to reconvene as and l do not want to contemplate, that they will not listen to us. We should be able to convene in the next few days” he said

JUST IN: Nigeria Comes From Behind To Defeat Benin Republic In AFCON Qualifiers