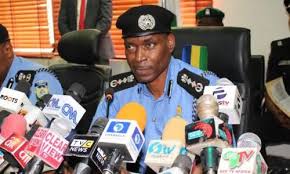 The primary constitutional responsibility of the Nigerian Police is to maintain law and order. In executing this function, the police is saddled with the responsibility of arresting suspects, investigating crimes, engaging in forensics audits and prosecution of suspects.

A crime is any act of commission of or omission which is a breach of any known and existing law that is punishable in a court of competent jurisdiction. In every crime there is the motive and the action. The law is more interested in the motive ostensibly because it is the motive that results in the action.

In cases involving a serious breach of peace or riot, police personnel can dispatch riotous crowds by using only necessary force. In matters involving arson, murder and any other criminal offence, specially trained persons also engage in forensic investigations with a view to unravelling the people behind the crime.

However, in Nigeria, what happens in Scotland Yard in the United Kingdom is in sharp contrast with what is obtainable at Louis Edet House.

The average policeman in Nigeria does not enjoy good working conditions, hence there is lack of motivation in the police. There is also the challenge of under-policing which stretches the existing personnel. There are three hundred and seventy one thousand eight hundred policemen in Nigeria. This number is certainly too small to police a population of two hundred million people spread across a very huge landmass.

The phenomenon of under-policing poses serious implication for security in urban and peri-urban areas. Under-policing has made it difficult to maintain law and order in far-flung communities across the nation.

In terms of arms and weaponry, the police is not adequately equipped. The implication is that the police can only manage low intensity crisis. This has obviously played out in the several inter-communal crises that have rocked various parts of the country. The police has been helpless during the Chibok girls’ abduction the Dapchi episode.

The Nigerian Police is yet to grapple with the internal security of most urban areas where crimes are rife. Three reasons have been adduced for this. First is the perception that the police is not adequately motivated. The result is that men in uniform sometimes escape in the face of aggression.

Secondly, there is a rise in secret cult movement, some of them are equipped with lethal weapons and their operations are daring such that the police is ill-equipped to confront them.

Thirdly, Nigeria is yet to embrace the concept of community policing and neighbourhood watch. In organized nations, local vigilante organized by communities, neighhbourhood watch and Community Development Committees organize themselves to volunteer information for the police to fight crimes.

In Nigeria, this does not happen because of low technology, poor awareness and the lack of trust between the police and the populace. People can hardly confide in the police because of their penchant to maltreat helpless civilians.

The recruitment process into the police is fraught with irregularities. Over the yearspolice recruitment has been driven by ethnic and clannish interests. Thus, the police cannot be seen as a cohesive force in fighting crimes.

It has become imperative therefore to equip the Nigerian Police with state-of-the-art weapons and technology to tackle the menace of crime.

Of utmost importance is to sensitize the rural populace to embrace the idea of community policing. Ultimately, it is the people that can protect themselves and not necessarily the police. Therefore, information sharing and intelligence gathering are key.

Invariably, the Nigerian Police should be engaged in training in information gathering, investigation, psychological tests and forensic investigation. Whereas crime scene investigation is key to unraveling some kinds of crimes, implementation is sometimes delayed.

Most policemen in Nigeria do not have the required skills and competence to elicit information from suspects. Therefore, if policemen are trained, the recurring cases of torturing suspects would be reduced to the barest minimum.

What has perhaps worsened the situation is the congestion of prisons, which is a sore point in the criminal justice system. With the congestion of prisons usually populated by Awaiting Trial Suspects, policemen are quick to detain without proper interrogation and investigation. To this end, sophisticated recording equipment and gadgets should be procured for the use of the police.

Regular promotion and payment of entitlements will also serve as motivation for members of the police. A life insurance policy should be taken for all police officers so they can have a sense of belonging that they are being catered for.

Our leadership should realize that policemen, like other people have families and loved ones who care for their lives. Most people believe that this will be more effective if States have their Police.

The Present administration has a responsibility to build the capacity of the Nigerian police to investigate crimes and for the maintenance of law and order. This capacity will translate into reduced sentences, awaiting trial cases, prison congestions and ensure that justice is erected in all the communities of Nigeria irrespective of ethnic and religious divide. This responsibility is long overdue in our polity.

Our Isi Ewu Education and ‘zations

In Celebration of World Teachers’ Day – Teachers’ Reward;On Earth Or In Heaven?