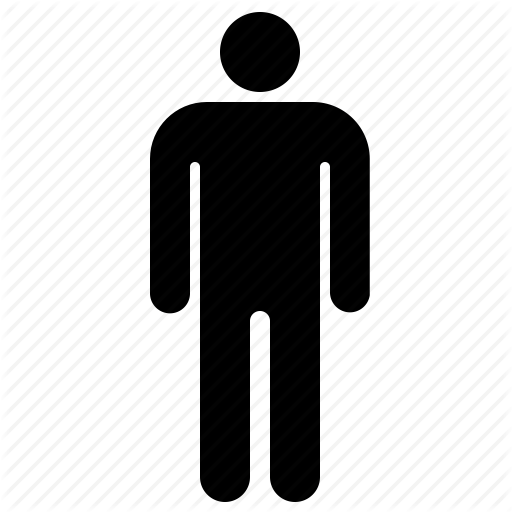 While it is now very late in the life cycle of homo sapiens, with extinction now due to consign us to Earth’s fossil record – see ‘Will humans be extinct by 2026?’ – I would like to make a belated pitch for the importance of the human individual and why nurturing each individual’s uniqueness is so important even if it is now probably too late.

‘Why are you writing about this?’ you might ask, adding that many people accept that each one of us is unique, important and deserves the opportunities and support necessary to live a fulfilling life according to our own culture and choices. It is just the sexists, racists, bigots (religious and otherwise), upper class, governments, corporations, members of the global elite, and some other categories of people, as well as many organizations, particularly those that are violent, that do not.

Well, I wish that this was true. But I am troubled by the overwhelming evidence that suggests it is not. In fact, from my own observations and investigations, I see virtually no evidence that anyone really works to actively nurture the uniqueness of individual human beings. The whole purpose of socialization is to terrorize the child into surrendering their unique individuality so that they become like everyone else.

Of course, you might counter my claim by noting that socialization is necessary to make the child fit into their society but once they have done so, they can make certain choices of their own. This particularly applies once the individual is an adolescent or an adult when, for example, they can choose their own school subjects (from the range offered), their work (from the employment options available), decide for whom they will vote to govern them (from a narrow selection of individuals and political parties) if they live in a ‘democracy’ and, if they work hard enough at socially-approved employment and thereby accumulate enough wealth while living in a relatively wealthy industrial society, they can also choose the foods, clothing, housing, entertainment and travel options they will consume.

Needless to say, to children we do not even offer thisparody of ‘freedom’ whether they live in an impoverished country where many of these opportunities are not available or even if they live in a wealthy industrialized one. Under the unending threat of violence (usually labeled ‘punishment’ to obscure from ourselves that we are using violence) by parents, teachers, religious figures and adults generally, children are coerced into doing what we believe is in their ‘best interests’ as we define them. We do not listen to children so that they can tell us what they need in order to travel their own unique life journey.

You might argue that children do not have this capacity to tell us what they need. But this is not my experience and I wonder if it is really yours. Most parents are ready to complain about the enormous effort (that is, violence) it takes ‘to train a child to do as they are told’; that is, to obey the orders of all adults in all contexts.

But because each adult, when they were a child, was terrorized into unconsciously accepting the importance of obedience, only the rarest individual ever reaches a point in life where they are able to consciously reflect on their own childhood and ask fundamental questions about it. Questions such as these: ‘Why do I believe that obedience is so important? And is it?’, ‘Is terrorizing a child into obedience really the best way to raise a child?’ and ‘What would happen if I listened to a child and let them guide me on the support they need to become their own unique Self?’

Tragically, it is that most hallowed of institutions – school – which I call ‘prison for children’ where much of the damage is done. Designed to terrorize children into obedience and conformity on the basis that ‘one size fits all’, school destroys the physical, sensory, intellectual and emotional capacities of children churning out individuals with near-zero capacity to feel anything profound, think creatively and behave powerfully with integrity.

That is, we take the uniquely gifted baby at the moment of birth and turn them into an individual who has multiple lifetime disabilities, physically, sensorily, intellectually and emotionally. For further information and a fuller explanation with links to background documentation, see ‘Do We Want School or Education?’

Of course, this suits governments and those corporations who want vast quantities of cheap labor to work as soldiers, in a factory or at one of the other dangerous and/or meaningless jobs that qualify as ‘employment’ in the modern economy. But before you conclude that it is only working class employment that is in this category, only the rarest of professionals, in any industry, has the capacity to feel deeply, think genuinely creatively (as distinct from within the narrow parameters of their profession) and to act powerfully with integrity. In short, those who work 8-5, five days (or more) a week, doing what others trained them to do at University or elsewhere, are simply being better rewarded for surrendering their soul as a child.

But, unfortunately,it is not school that does the most damage. All children within the childhood home experience extensive ‘invisible’ and ‘utterly invisible’ violence, and many experience ‘visible’ violence as well. These are comprehensively explained in‘Why Violence?’and ‘Fearless Psychology and Fearful Psychology: Principles and Practice’.

The inevitable outcome of this violence is that the child suppresses their awareness of the feelings that would have guided them to behave most functionally in each and every circumstance of their life (including about whether or not to attend school). Moreover, a consequence of suppressing their awareness of these feelings is that the child is left with an (unconscious) legacy of fear, self hatred and powerlessness, precisely because they have been terrorized into suppressing their own Self-will and obeying the will of another.

But because these feelings of fear, self hatred and powerlessness are very unpleasant to feel, and the child has never been given the opportunity and support to focus on feeling them, the child will unconsciously learn to project their fear, self hatred and powerlessness as fear of, hatred for and a desire to exercise control over individuals within ‘legitimized victim groups’. For brief explanations of these phenomena in particular contexts see, for example, ‘Islamophobia: Why are So Many People So Frightened?’, ‘Why are all those Racists so Terrified?’,‘Understanding Self-Hatred in World Affairs’and ‘Why Are Most Human Beings So Powerless?’

So by the time the child is forced to attend school – no free choices about this, you may have noted, with homeschooling (to an externally-imposed syllabus) only marginally less violent – they have already been terrorized into submission, doing what they have learned is least terrifying and, hopefully, also gains them approval by adults.

Thus, virtually all children are utterly powerless to perceive the world clearly, analyze it, make intelligent and moral choices about how to respond, and to then behave powerfully in doing so. And a decade, more or less, of school makes sure that only the rarest of individuals survives to achieve some version of their evolutionary potential, which required a nurturing, not terrifying, social environment.

In short, this person is not an individual with an unshakable sense of their own self-worth who, as a result,inherently values the worth of all others. They are simply a person who has been terrorized into conformity with a set of localized norms by the significant adults in their life.

At its worst, the outcome is an adult who is so devoid of a Self that they identify with other similarly and equally damaged individuals and then violently attack people in ‘legitimized victim groups’. See, for example, ‘What is Generation Identity?’ This individual might be a prominent political leader who wages war against other national groups that are ‘different’, it might be a corporate executive who exploits people in other parts of the world who are ‘different’ or it might be an ‘ordinary’ person who hurls abuse at someone in their neighborhood who is ‘different’.

But the most common outcome is those who are simply too scared and powerless to respond meaningfully to the violence in our world and particularly the extinction-threatening assault on Earth’s biosphere.

And so, at this point in human history, it is extraordinarily difficult to get the typical human being to focus their attention on reality (including military, economic and ecological reality), astutely observe the phenomena presented, analyze the evidence in relation to it, devise (or seek out) a thoughtful strategy to resolve any problem or conflict that has arisen without resorting to violence, and to then behave appropriately, powerfully and with integrity in response.

Hence, instead of nurturing emotionally and intellectually resourcefuland resilient individuals who are engaged with the world and capable of identifying and grappling powerfully with problems and conflicts early so that they do not spiral out of control, we are now faced with a last-ditch fight to avert our own extinction with most people still living in the delusion that we have an ‘end of century’ timeframe. See ‘Human Extinction by 2026? A Last Ditch Strategy to Fight for Human Survival’. How intelligent is that?

So can we get out of this mess?
I don’t know and, frankly, I doubt it. But if you want to be part of the effort to try, consider making ‘My Promise to Children’, which particularly requires the capacity to listen deeply to children – see ‘Nisteling: The Art of Deep Listening’ – so that we start to nurture each child to become the extraordinarily powerful individual that is built into their genetic potential.

And we don’t have to settle for just improving how we relate to children. We can improve our own functionality and access our conscienceand courage too. How? See ‘Putting Feelings First’.

If you are following the evidence in relation to the imminent extinction of human beings – see articles above – rather than the garbage published in the corporate media, and want to respond powerfully, consider joining those participating in ‘The Flame Tree Project to Save Life on Earth’.

You might also like to sign the online pledge of ‘The People’s Charter to Create a Nonviolent World’and/or participate in a strategically-focused nonviolent campaign on a crucial issue related to conserving the biosphere. See Nonviolent Campaign Strategy.

So how important is the human individual? In the context of life on Earth at the current time, I simply respond with ‘What is more important?’

We can do nothing about our fate if we do not value, above all else, the human individual and their potential. Including our own. This potential is difficult to nurture; it is easily destroyed.

But, as Mohandas K. Gandhi once observed in one of his many memorable lines: ‘The individual is the one supreme consideration.’

And remember, if the challenge to honour the human individual and to act powerfully yourself (as vital parts of our strategy to avert human extinction) sounds daunting, Gandhi also noted that ‘Whatever you do may seem insignificant to you, but it is most important that you do it.’

In essence,the foundation of any strategy for human survival must be the powerful individual. It is this individual who will mobilize some of those around them simply by making their own life-enhancing behavioural choices consciously and courageously.

Biodata: Robert J. Burrowes has a lifetime commitment to understanding and ending human violence. He has done extensive research since 1966 in an effort to understand why human beings are violent and has been a nonviolent activist since 1981. He is the author of ‘Why Violence?’ His email address is [email protected] and his website is here.

Has feminism come to stay in Africa

Silver linings across the cloud

The death of Joy Odama: A memo to Gov Ben Ayade

7 thoughts on “In Defense of the Human Individual”