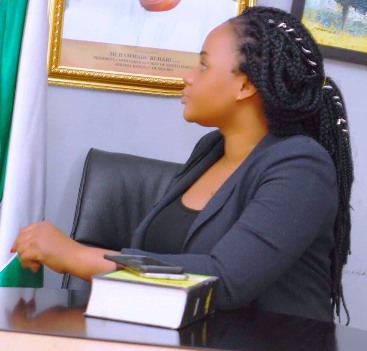 Ebonyi state is agrarian. The people are deeply involved in agro-allied activities such as the cultivation of rice and other crops. But Ebonyi is also blessed with many federal institutions.

The state do also have several state run institutions that work towards the promotion of good governance and the well-being of the people. Ebonyi state is also a place whereby so many Non governmental organisations also known as civil society organisations are located. The CSOs are essential for the promotion of transparency and accountability because without these two principles the welfare and wellbeing of the people would be endangered.

We will return to discuss the essence of civil society organisations vis a vis what the experts are saying. But first let us address a very disturbing matter of interferences of certain CSOs in the administration of some of these government agencies with presence in Ebonyi State. We were told of instances whereby some organisations that ought to work in support of good governance are alleged to be blackmailing some public officials masking as CSO leaders. One NGO in Ebonyi State known as Center for Prevention of Corruption and human rights Abuse initiative (CPCHRAI) is alleged to be in the habit of storming public institutions and allegedly blackmailing the Director Generals. The Civil society Monitoring Platform in Abuja is currently investigating this claims.

Let's return to see what experts told us are the roles of Civil society Civil society organisations in developing countries like Nigeria so we can contextually task all NGOS to comply with their mandates and stop any form of blackmail.

The Writer affirmed that: “You will find them almost everywhere and they are involved in nearly everything. Humanitarian Disaster relief, Protection of endangered species, Human Rights, Constitutional reform, Anti-corruption, Health and Education, name it, you will find Civil Society involved even in the most remote part of the world.”

He continued by stating the basic conundrum regarding the historicity of Civil society organisations as follows: “The question is; where did Civil Society come from?

Civil Society he said,is an ancient concept. One of the first Roman philosophers to talk about Civil Society that is similar to the Civil Society we know today was a man called Marcus Tullius Cicero (106-46 BC). He argued that human beings have the capacity to come together voluntarily to work towards a good society (Societas Civilis).

He stated that historically, when the Roman Empire collapsed and chaos engulfed Europe, nobody seemed to have had the time to talk about Civil Society for a very long time. It was until the Renaissance (1400-1700 AD) when absolute monarchs had restored some “relative peace and stability” in Europe that some thinkers began talking about Civil Society again. It looks like the thinkers were responding to the shortcomings and excesses of the kings that ruled Europe at that time. Unlike the Roman philosophers who never drew a line between Civil Society and the state, the intellectuals of the Renaissance thought that Civil Society should be distinct and separate from the state.

The state had allied with the Industrial capitalist who were consolidating their grip on the economies of Europe. Some theorist began arguing that Civil Society should become the protector of the rights and property of citizens. However, the Socialist and Marxist did not agree with that argument.

They thought Civil Society represented the interests of the bourgeoisie and contributed to the cultural and ideological capital required for the survival of the hegemony of capitalism.

John Onen also affirmed thus: “For all these years, Civil Society was a concept used by just a few intellectuals; however, about 25 years ago, this situation began to change. Activists (Dissidents) emerged in Eastern Europe to challenge the Soviet backed regimes in Czechoslovakia, Poland and East Germany. The activists who were mainly shipyard workers, teachers, writers, pastors and journalists skilfully distinguished themselves from political organisations by insisting that they were “Civil Society”.

He delved into a fundamental matter regarding The concept of civil society organisations.

He also rightly affirmed that the new style of distinguishing Civil Society from Political organisations spread to the Developing Countries where governments had failed to deliver “good society” is basically knowing when the common good is served selflessly.

According to him, People realised that all the things they have been doing together voluntarily for the ‘common good’ was actually Civil Society activity.

John Onen then gave the clincher; “Although Civil Society is everywhere and is involved in nearly everything, it is very difficult to define. For me, I think Civil Society is all the individuals and organisations that are not part of government, not motivated by profit or political power, but working to make the world a better place.”

What all the above philosophical appreciation of the essence of civil society organisations show is that CSOS in Nigeria must never be deployed for political objectives or for commercial blackmail. The place of the CSOS is highly sensitive but must never be abused by the organisers or coordinators.

Crisis, Revolution, and the Nation of our Dreams