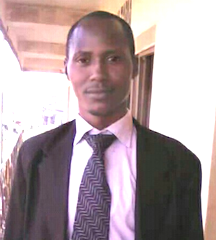 The Academic Staff Union of University is asking the Federal Government of Nigeria a simple question. Why NNPC, NIDC, CBN, FIRS and other lucrative revenue parastatals are not in the Integrated Payroll and Personnel Information System, IPPIS? While up to today there is no sufficient answer from the side of government regarding this question raised by the ASUU Chairman, University of Abuja branch, Dr. Kassim Umaru.

The dichotomy between teachers and other staff of other organizations is a cancerous one that keeps making negative impact for Nigeria development. The dichotomy yields corruption which is a vulture that eats our prosperity despite campaigns against it, teachers that supposed to have the most conducive environment than other civil servants in the country, because they are the giver of all knowledge and the makers of every profession are left with sympathetic words that their rewards are in the heaven. Does this means our political leaders and other workers that are paid juicy salary dont like the reward of the heaven?

Teachers are left with peanut to cater for themselves when compared with other staff in other organizations. Fresh workers from juicy organizations collects more than an academic Dr. in Nigerian higher institutions of education while politicians at the national level collect more than the amount any prestigious professor in this country is earning. Former senator of Kaduna State, Shehu Sani revealed that a senator in Nigeria collects 750,000 million as basic salary while plus allowances the monthly package is 14.25 million naira while a professor collect less than a million naira. This difference is what keeps inflating corruption in Nigeria and in all ramifications.

The reason for stipulating juicy salary for some organizations is because the organizations are revenue oriented institutions according ASUU Chairman, University of Abuja branch, Dr. Kassim Umaru. Then what about our education? Does it mean our education is not important for the development of our giant African country? Education is the bedrock of any development and the keystone to our stronger future but in Nigeria teachers are the least concern when it comes to welfarism even though teaching work is the most tedious work because of its complexity of research, coordinating, supervision, marking and many.

Teaching job is the least desirable work for Nigerians and the last option. This is why the children of the rich and the powerful don’t engage in it. Teaching is a skillful work that demands professionalism, experience, patience and control to impact knowledge. Is not every person that can teach but a teacher is a jack of all trades. The scarce of academicians in Nigeria is led by the dislike attitude of the work by many and the uncomfortability that characterized the work in the country and this is what necessitated the 2003 visitation Act of many lecturers to other institutions to fill the gap of man power in the academic circle. The underdevelopment and retrogressive effect of Nigerian universities are associated to the lower percentage budget on education. “The main source of funding for Nigerian tertiary institutions has been annual budgetary allocations from the state and federal governments. Though other institutions are raised to compliment the budget, an example is TETfund and “Education Trust Fund in 1993 to support government tertiary institutions under the Tertiary Education Trust Fund Act that imposes a 2% education tax on the profits of Nigerias registered companies” But still that is not enough to rectify our educational falling standard. Isaac Adebayo Adeyemi, Professor, Nigerian Academy of Science.

Education in Nigeria has been suffering in the hands of Nigeria past leaders since after the First Republic with lower budget because between 2003 and 2013 education spending fluctuated from 8.21 percent of the total budget in 2003 to 6.42 percent in 2009, in 2019 a total of 520.5 billion was allocated in the budget and in 2020 a percentage of 6.1% was budgeted in education against UNESCO of 26 percent budget recommendation. All the budgets are lower than most of other African countries which range between 11% and 30% and when compared with many African countries and some Asian countries that obtained independence at about the same time as Nigeria, one would expect that we would have similar per capita income (PCI), Global Innovation Index (GII), Human Development Index (HDI), etc. Unfortunately that is not the case because Nigeria is stronger than many but Nigeria graduates are not productive like their counterparts because of poor funding of education, Professor Idris Bugaje,” Skills not Degree”, 2019

Nigeria universities lacked sophisticated infrastructure and social amenities such as water, good and conducive environment of learning for effective teaching and the instability of power in the country poses great challenge in educational research and innovation. The numbers of universities applicants are increasing rowdily in every year. “The National University Commission (NUC), the government umbrella organization that oversees the administration of higher education in Nigeria, listed 40 federal universities, 44 state universities and 68 private universities as accredited degree-granting institutions in 2017 while in 2019 there are total of 43 different Federal Universities scattered across all the geo-political zones of the country; the country also has a total of 52 state universities and 79 private universities because there is underfunding of education a large proportion of lecturers at Nigerian universities are assistant professors without doctoral degrees: Reports from 2012 suggested that only 43 percent of Nigerias teaching staff held Ph.D. degrees, and that Nigeria had one of the worst lecturer-to-student ratios in the world. The University of Abuja and Lagos State University, for example, reportedly had lecturer to student ratios as high as 1:122 and 1:114 respectively.” Report by World Education System. “According to the Nigerian University System Statistical Digest 2017, there were over 2,300 programmes across all universities with academic staff strength of about 61,000. That number is in decline as many lecturers who retired, died or left the universities for greener pastures abroad have not been replaced.” Alex Abutu, 2019

The ratio of the Nigerian universities students is against the UNESCO recommendation because federal universities have enrolled over 400,000 students (9 per cent enrolments) while UNESCO (2008) reported that global enrolment of tertiary students is per 100,000 inhabitants. This is why the rich and influential parents in the country send their children outside to study in very conducive environment of learning leaving the children of the poor in the public schools. Years ago, the children of Muhammadu Buhari Zahra and Yusuf graduated from the University of Surrey, Gildford, England.

“Nigerians travelled outside the country to get their studies at ease. UNESCO estimates that the number of Nigerians studying abroad is around 75,000 per year in 2015 and 2016. As of March 2019, there are 16,039 students from Nigeria studying in the United States with 54 per cent male and 46 per cent female students contributing to the American revenue of 514 Dollar.” Andrew Haring reported that in 2014 student market in UK is worth more than 17 Billion dollars and Nigeria is the 3rd largest country after China and India that is sending a large number of its students to the UK.

Education in Nigeria is facing challenges and now the Integrated Payroll and Personnel Information is pushing ASUU to the wall of indefinite strike. Since the conceptualization of the IPPIS in October, 2006 the then government in power noticed the problems of the system and abandoned it until in 2019. Now there are 452 MDAs registered under the IPPIS with exception of ASUU that demanded for its different version of IPPIS to suits its condition of work. The Academic Staff Union of Universities and the Academic Staff Union of Polytechnics have been clashing with government policies regarding their welfarism and the standardization of education but up to today the two unions have not achieved much because they are ruled in divided parallel lines of salary dichotomy meaning a lecturer of university earns much than that of polytechnic. ASUU started industrial strike since 1999 and the duration of all its strikes are calculated to three years of struggles.

There is a great tension on the rejection of ASUU enrollment in the IPPIS. The government has bowed to stop the salary of the academic staff of universities since December and ASUU has been mobilizing its member for industrial strike if the governments stop its members salary.

The IPPIS system come with its problems because many staff of the captured MDSs have not been receiving their intact salary while some have not receive theirs yet while others are given higher than what they supposed to earn since the commencement of the payment of staff through the IPPIS.

The national body of ASSU has criticized the activities of IPPIS as a fraud that will not yield a better prospect for education and its staff. To ASUU the IPPIS will only make more harm than good in the Nigerian circle of education.

President of ASUU, Prof. Biodun Ogunyemi opened to President of the Senate, Senator. Ahmad Lawan when he paid him a courtesy call that the IPPIS will not yield better result for the growth of education and will also mar the right of the academic staff lecturing visitation which closes the gap of academic man power.

The stand of the Academic Staff of Universities is that the Integrated Payroll and Personnel Information System totally violate the autonomy of universities of Nigeria. The autonomy of university is enshrined in Section 2AA of the University Miscellaneous Provision Amendment Act of 2003 which clearly explained the role of the Governing Council and the ASUU 2019 agreement with government.

Strikes by Nigerian educational institutions disrupt education and pose negative impact on students. This is why it is very important for government and ASUU to seat round the table and have a stance for the sake of Nigeria students. A Nigerian proverb says when two elephants fight only the grass suffers, meaning only the children of the poor will suffer the strike most. There is need for man power in Nigerian universities and curtailing the restrictions of lecturers visitation will create a big vacuum in educational circle and will leave many universities empty. Though, ASUU is not rejecting to be in the IPPIS but soliciting for a convenient payroll system that will help education and their payment for other extra work, government should consider their request for the sake of Nigeria education and equity base on the ASUU Autonomy Act 2003 and to improve our educational system.

Have you watched the movie Sarakick

As Nigeria is a Failed State, Buhari is projected to be re-elected

11 thoughts on “In Support of ASUU on IPPIS”