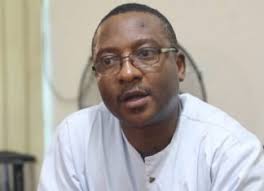 The Independent National Electoral Commission (INEC), has asked traditional rulers to stay out of partisan politics as it is capable of fueling crisis and thereby pitching their subjects against each other.

“As revered custodians of our cultural heritage, it amount to a betrayal of the trust reposed in such high offices and ultimately fuel division among their subjects”, even as he appealed to traditional rulers to help the commission in its resolve to have peaceful election in the state.

Omorogbe, further appealed to traditional rulers to desist from partisanship by publicly announcing their preferences for any candidate or political party, “particularly given the recent public endorsement of a candidate by a traditional ruler”.

While stressing that royal fathers are not encumbered in any way from freely expressing their choice on election day, as provided for by the Electoral Act, guideline and regulations governing elections”, he said: “It is however morally questionable to openly endorse or even canvass for votes for his preferred candidates”.

The INEC REC who restated the commission’s posture of zero tolerance for corruption in all its ramification, he warned members of the public that no corrupt inducement of electoral officials would be tolerated.

“All our officials including poll staff are being closely monitored and the commission will not hesitate to come down hard on anyone found to be wanting in the conduct of the 2019 general election in the state”, adding that 200 staff of the commission is presently in court for misconduct.

37 thoughts on “INEC Blast Traditional Rulers Over Endorsement Of Candidates”