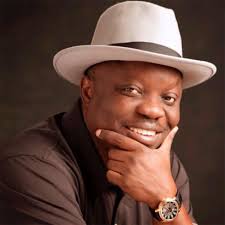 Barely two days to the conduct of the presidential, National Assembly and House of Representatives elections, the Independent National Electoral Commission (INEC), has silenced the enemies of the immediate past governor of Delta State and candidate of the All Progressives Congress for Delta south Senatorial district, Dr Emanuel Eweta Uduaghan.

Addressing Journalists Wednesday at the INEC headquarters in Asaba, the Resident Electoral Commissioner (REC), Dr Cyril Omorogbe, reacting to an Abuja High Court judgement purportedly nullifying the senatorial ticket of Uduaghan, said the Commission was not aware of such judgement.

He said the court had at no time ordered the electoral umpire to delete his name from the list of contestants in the election.

The Resident Electoral Commissioner, Omorogbe, speaking on the preparedness of the commission for the rescheduled elections said they are not aware of any court judgement against Uduaghan.

He said, “I am only aware of the case of eight wards in Burutu that later came to 10. We have postponed the matter until after elections. I will not talk much about the court case in Ethiope West (involving Hon. Halim Agoda, a former member of the House of Representatives and Chief Edojah) until I get information from the high command of the commission. We are not aware of any other judgement”.

The REC denied that his deployment to Delta was influenced by the National Chairman of APC, Comrade Adams Oshiomole, and wondered whether he is a staff under the party chieftain.

He said the postponement of last Saturday presidential and national Assembly elections was in favour of the commission, maintaining that the commission has since converted it to its advantage, “the reconfiguration of the card readers was to enhance its performance.”