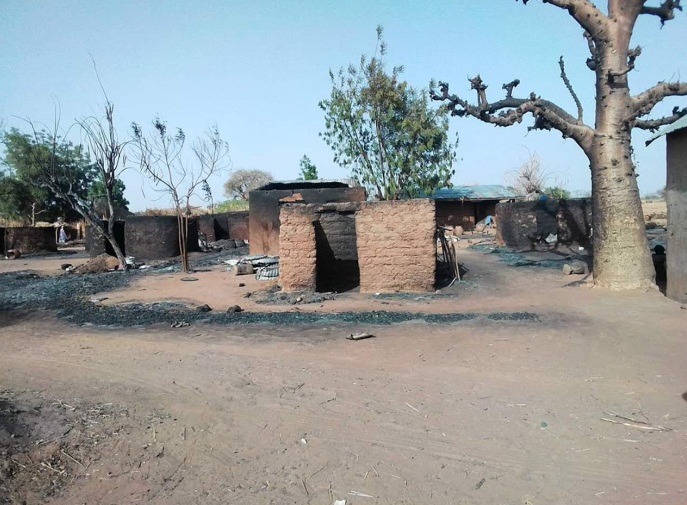 An inferno gutted three communities on Saturday in Yobe state, destroying houses and grains worth millions of naira.

The destroyed villages are Garin Kaduwa, Daawa and Samo, located in Nangere Local Government Area of the state. The cause of the inferno could not be ascertained at the time of this publication.

It was suspected that the Northeasterly strong dried winds triggered the fire, destroying three farming communities.

He added that at Garin Kaduwa village, 37 households lost their houses at the weekend without deaths or fire burns.

The firemen had little hope of putting off the inferno on villagesa�� buildings; because of long distance from the council headquarters, Sabon Garin Nangere. Makeri, who confirmed the incident yesterday (Monday) disclosed that; a�?There was fire disasters in four communities of the state”.

a�?This will enable us respond rapidly by visiting the affected communities to sympathize with the fire victims.

a�?The villagers suffered losses of their thatched houses, grains and livestock. I have directed my community development officers to get the full details so that tomorrow (Tuesday) we would send a delegation to Yobe State Emergency Management Agency for intervention.

He said that the victims were happy with his visit and assured them of quick government intervention. Muhammad Kaduwa, a victim of fire said that the inferno was caused by hot and dry weather conditions with strong winds from the northeast.

The director explained further that the inferno was triggered by Northeast dried winds of Sahara that swept through the affected villages. He said most of the villages are made of thatched huts and mats.