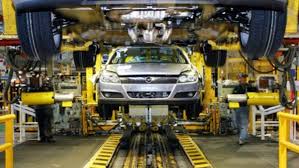 Aroh, who disclosed this on Friday in Enugu while briefing newsmen said the establishment of the facility was sequel to state government’s patronage of the company.

It would be recalled that the state government had recently purchased 100 security patrol vans from the company.

The commissioner said that part of the agreement that led to the purchase of the vehicles was that the company would establish such facility in the state.

He said that the state government expected the facility to be fully functional within the next six months in line with the agreement.

“We extracted a commitment in writing from Innoson Group that as a result of this purchase in addition to a Japanese Auto Repair centre, they will immediately establish a service centre here.

“This service centre will provide backup technical services for the maintenance of the vehicles. “This is in addition to a one year full maintenance guaranty given to the state government,” he said.

The commissioner said that the state government’s patronage of the local car manufacturer was due to its full commitment to supporting the local economy.

Aroh said that the state government was committed to ensuring that the investment which was providing jobs for residents of the state was protected.

“The state government is committed to supporting the local economy. “If you do not support local industries, a lot of Nigerians will lose their jobs. So we want to make sure that our people are protected working in such places,” Aroh said. (NAN)

Eco Bank In Alleged Forgery And Cloning Of Documents Scandal